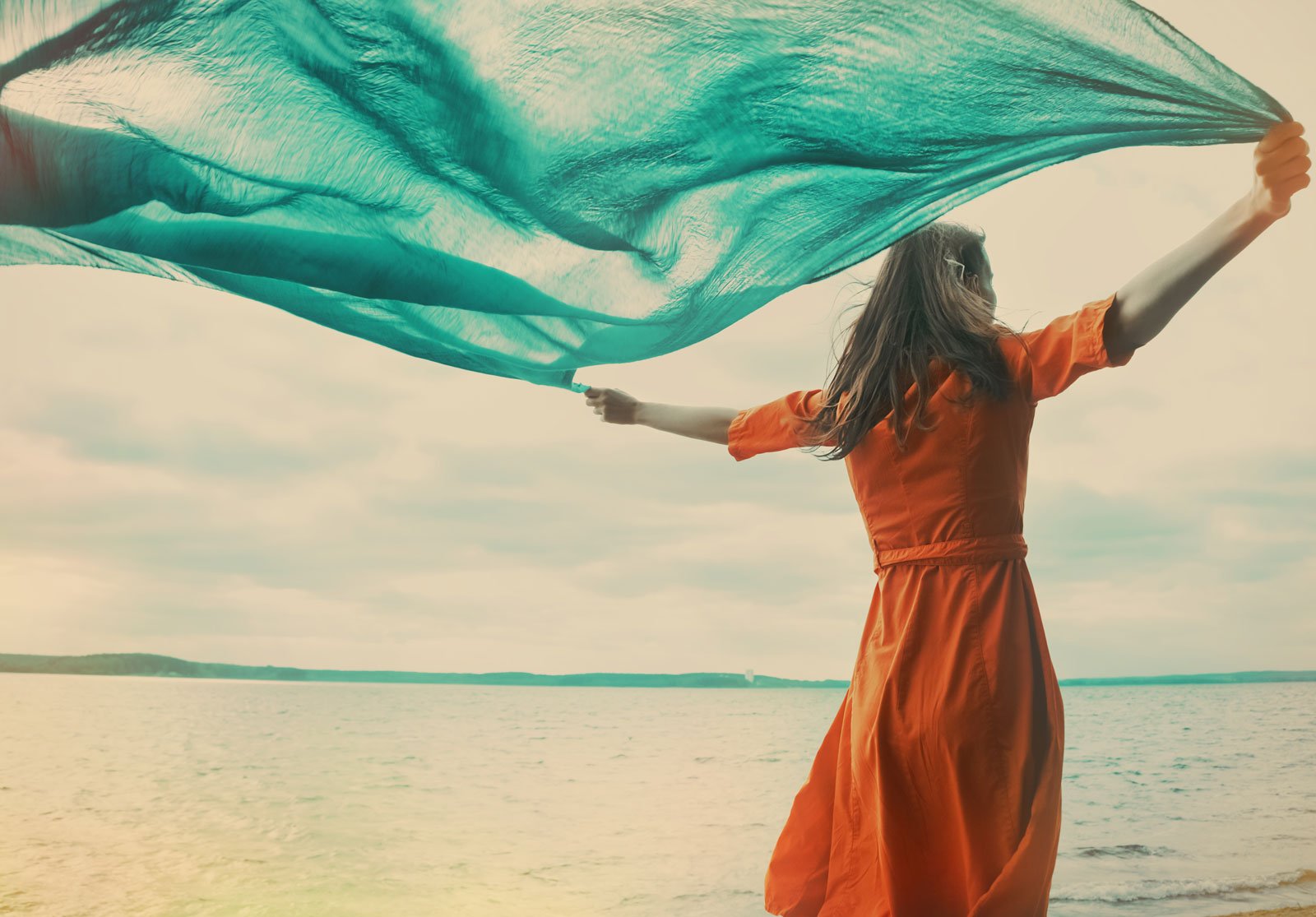 Parkinsonism (PD) is a long-term degenerative disorder of the central nervous system that mainly affects the motor system. The symptoms generally come on slowly over time. Early in the disease, the most obvious are shaking, rigidity, slowness of movement, and difficulty with walking. Thinking and behavioral problems may also occur. Dementia becomes common in the advanced stages of the disease. Depression and anxiety are also commonly occurring in more than a third of people with PD. Other symptoms include sensory, sleep, and emotional problems. The main motor symptoms are collectively called parkinsonism or a parkinsonian syndrome.

Some secondary symptoms include

Symptom according to motor function

Several staging systems for Parkinson’s disease exist depending upon the organization that treats and researches the disease. The Parkinson’s Foundations supports five stages.

With proper treatment, most individuals with Parkinson’s disease can lead long, productive lives for many years after diagnosis. The life expectancy is about the same as people without the disease.

Methods to assist with the diagnosis of PD include

In 2010, the AAN released guidelines on the treatment of nonmotor symptoms of Parkinson disease. Recommendations included the following

Many drugs can make movement easier and enable people to function effectively for many years. The mainstay of treatment for Parkinson disease is

Other drugs are generally less effective than levodopa, but they may benefit some people, particularly if levodopa is not tolerated or is inadequate. However, no drug can cure the disease.

Two or more drugs may be needed. For older people, doses are often reduced. Drugs that cause or worsen symptoms, particularly antipsychotic drugs, are avoided. The drugs used to treat Parkinson disease can have troublesome side effects. If people notice any unusual effects (such as difficulty controlling urges or confusion), they should report them to their doctor. They should not stop taking a drug unless their doctor tells them to.

Deep brain stimulation, a surgical procedure, is considered if people have the advanced disease but no dementia nor psychiatric symptoms and drugs are ineffective or have severe side effects.

Physical therapists and occupational therapists can help people learn how to incorporate these measures into their daily activities, as well as recommend exercises to improve muscle tone and maintain range of motion. Therapists may also recommend mechanical aids, such as wheeled walkers, to help people maintain independence.

Simple changes around the home can make it safer for people with Parkinson disease:

For constipation, the following can help Consuming a high-fiber diet, including such foods as prunes and fruit juices

Difficulty swallowing may limit food intake, so the diet must be nutritious. Making an effort to sniff more deeply may improve the ability to smell, enhancing the appetite.

Traditionally, levodopa, which is given with carbidopa, is the first drug used. These drugs, taken by mouth, are the mainstay of treatment for Parkinson disease. But when taken for a long time, levodopa may have side effects and become less effective. So some experts have suggested that using other drugs first and delaying use of levodopa might help. However, evidence now indicates that the side effects and reduced effectiveness after long-term use probably occur because Parkinson disease is worsening and are not related to when the drug was begun. Still, because levodopa may become less effective after several years of use, doctors may prescribe another drug for people under 60, who will be taking drugs to treat the disease for a long time. Other drugs that may be used include amantadine and dopamine agonists (drugs that act like dopamine, stimulating the same receptors on brain cells). Such drugs are used because the production of dopamine is decreased in Parkinson disease.

Levodopa reduces muscle stiffness, improves movement, and substantially reduces tremor. Taking levodopa produces a dramatic improvement in people with Parkinson disease. The drug enables many people with mild disease to return to a nearly normal level of activity and enables some people who are confined to bed to walk again.

Levodopa rarely helps people who have other disorders that can cause symptoms similar to those of Parkinson disease (parkinsonism), such as multiple system atrophy and progressive supranuclear palsy.

To determine the best dose of levodopa for a particular person, doctors must balance control of the disease with the development of side effects, which may limit the amount of levodopa the person can tolerate. These side effects include

After taking levodopa for 5 or more years, more than half the people begin to alternate rapidly between a good response to the drug and no response—called on-off effects. Within seconds, people may change from being fairly mobile to being severely impaired and immobile. The periods of mobility after each dose become shorter, and symptoms may occur before the next scheduled dose—the off effects. Also, symptoms may be accompanied by involuntary movements due to levodopa use, including writhing or hyperactivity. One of the following can be used to control the off effects for a while:

However, after 15 to 20 years, the off effects become hard to suppress. Surgery is then considered.

A formulation of levodopa/carbidopa can be given using a pump connected to a feeding tube inserted in the small intestine. This formulation is being studied as a treatment for people who have severe symptoms that cannot be relieved by drugs and who cannot undergo surgery. This formulation appears to greatly reduce the off times and increase the quality of life.

Other drugs are generally less effective than levodopa, but they may benefit some people, particularly if levodopa is not tolerated or is insufficient.

Dopamine agonists – which act like dopamine, may be useful at any stage of the disease. They include

Because apomorphine is quick-acting, it is used to reverse the off effects of levodopa when movement is difficult to initiate. Thus, this drug is called rescue therapy. It is usually used when people freeze in place, preventing them, for example, from walking. Affected people or another person (such as a family member) can inject the drug up to 5 times a day as needed. In some countries, apomorphine is available in a formulation that can be given using a pump to people who have severe symptoms when surgery is not an option.

Rasagiline and selegiline – belong to a class of drugs called monoamine oxidase inhibitors (MAO inhibitors). They prevent the breakdown of dopamine, thereby prolonging dopamine’s action in the body. Theoretically, if taken with certain foods (such as certain cheeses), beverages (such as red wine), or drugs, MAO inhibitors can have a serious side effect called a hypertensive crisis. However, this effect is unlikely when Parkinson disease is being treated because the doses used are low and the type of MAO inhibitor used (MAO type B inhibitors), particularly rasagiline, is less likely to have this effect.

Catechol O-methyltransferase (COMT) inhibitors – (entacapone and tolcapone) slow the breakdown of levodopa and dopamine, prolonging their effects, and therefore appear to be a useful supplement to levodopa. These drugs are used only with levodopa. Tolcapone is seldom used because rarely, it damages the liver. However, tolcapone is stronger than entacapone and may be more useful if off effects are severe or long-lasting.

Anticholinergic drugs (given for their anticholinergic effects) are effective in reducing the severity of a tremor and can be used in the early stages of Parkinson disease. Commonly used anticholinergic drugs include benztropine and trihexyphenidyl. Anticholinergic drugs are particularly useful for very young people whose most troublesome symptom is a tremor. These drugs are not used in older people because they have side effects (such as confusion, drowsiness, dry mouth, blurred vision, dizziness, constipation, difficulty urinating, and loss of bladder control) and because these drugs, when taken for a long time, increase the risk of mental decline. They may reduce tremor because they block the action of the neurotransmitter acetylcholine, and tremor is thought to be caused by an imbalance of acetylcholine (too much) and dopamine (too little).

Amantadine, a drug sometimes used to treat influenza, may be used alone to treat mild Parkinson disease or as a supplement to levodopa. Amantadine probably has many effects that make it work. For example, it stimulates nerve cells to release dopamine. It is used most often to help control the involuntary movements that are side effects of levodopa.

A medicine that can be given with L-DOPA, or separately, is deprenyl. Deprenyl inhibits the activity of the enzyme MAO-B, which then will slow the progression of Parkinson’s disease. Deprenyl, however, does not completely stop the degeneration of dopaminergic neurons. Deprenyl delays the time before other antiparkinson drugs, like L-DOPA, need to be used.

Tyrosine hydroxylase catalyzes the formation of L-DOPA, the rate-limiting step in the biosynthesis of dopamine. In other words, it is a precursor to neurotransmitters and increases plasma neurotransmitter levels of dopamine and norepinephrine. This medication should not be used when taking L-DOPA, as L-DOPA interferes with the absorption of Tyrosine.

Apomorphine has also been used to treat Parkinson’s disease. It is referred to as a dopamine receptor agonist. However, it does cause severe side effects when used on its own.

N-phenyl-7-(hydroxylimino)cyclopropa[b]chromen-1a-carboxamide (PHCCC) is now being studied as a selective allosteric potentiator of mGluR4. Metabotropic glutamate receptor 4 (mGluR4) is a potential drug target for Parkinson’s disease. PHCCC selectively potentiated agonist-induced mGluR4 activity in cells expressing this receptor and did not itself act as an agonist. PHCCC also potentiated the effect of L-(+)-2-amino-4-phosphonobutyric acid in inhibiting transmission at the striatopallidal synapse. This is significant due to the striatopallidal synapse being proposed as a target for Parkinson’s disease treatment. This can hopefully restore balance in the basal ganglia motor circuit.

Treating motor symptoms with surgery was once a common practice, but since the discovery of levodopa, the number of operations has declined. Studies in the past few decades have led to great improvements in surgical techniques, so that surgery is again being used in people with advanced PD for whom drug therapy is no longer sufficient.

Surgery for PD can be divided in two main groups – lesional and deep brain stimulation (DBS). Target areas for DBS or lesions include the thalamus, the globus pallidus or the subthalamic nucleus. Deep brain stimulation is the most commonly used surgical treatment, developed in the 1980s by Alim Louis Benabid and others. It involves the implantation of a medical device called a neurostimulator, which sends electrical impulses to specific parts of the brain. DBS is recommended for people who have PD with motor fluctuations and tremor inadequately controlled by medication, or to those who are intolerant to medication, as long as they do not have severe neuropsychiatric problems. Other, less common, surgical therapies involve the intentional formation of lesions to suppress overactivity of specific subcortical areas. For example, pallidotomy involves surgical destruction of the globus pallidus to control dyskinesia.