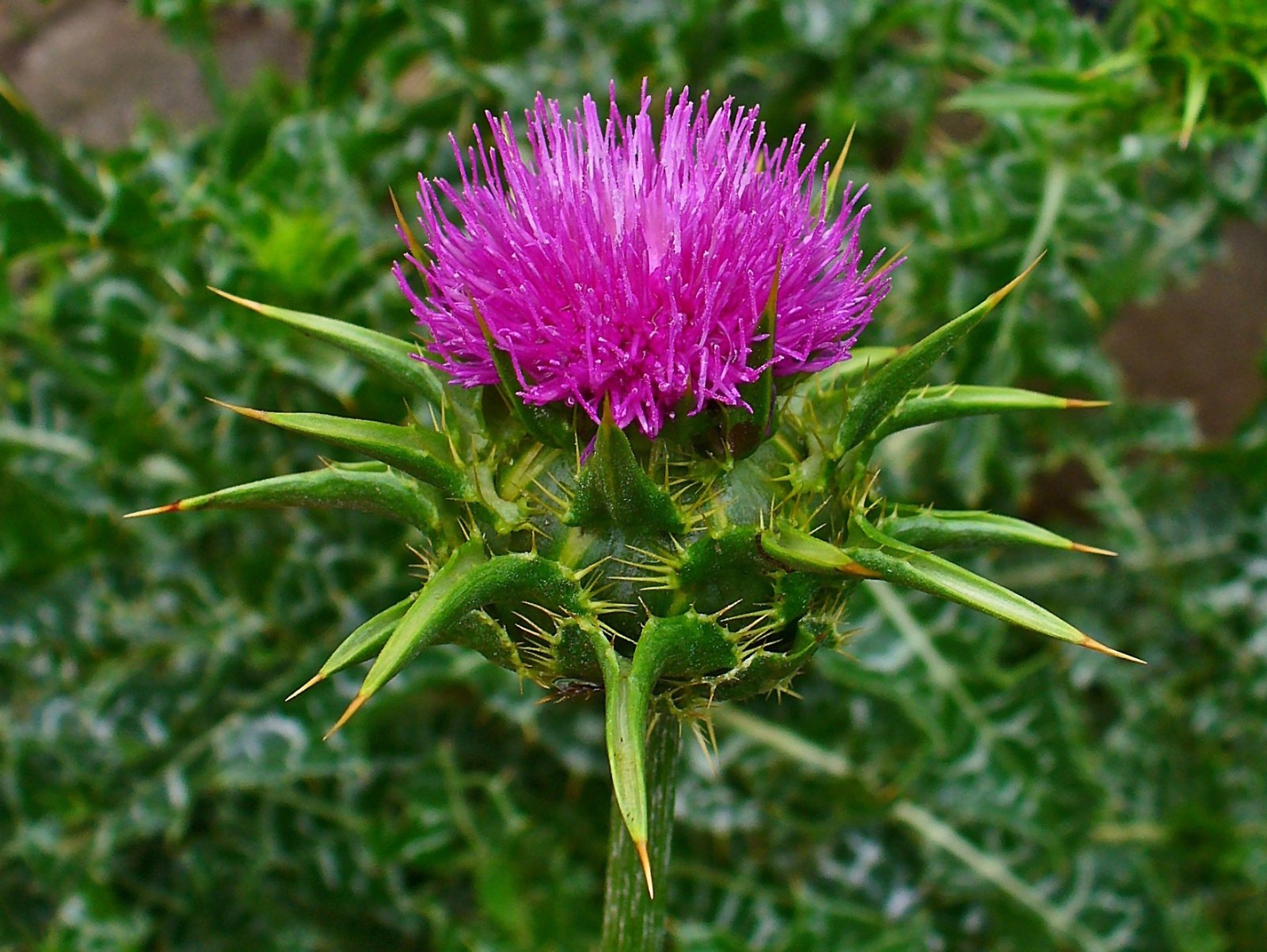 Silymarin is a mixture of flavonoids extracted from seeds of the MILK THISTLE, Silybum marianum. It consists primarily of silybin and its isomers, silicristin, and silidianin. Silymarin displays antioxidant and membrane stabilizing activity. It protects various tissues and organs against chemical injury and shows potential as an antihepatotoxic agent.[1]

It is the member of Carduus marianum family, is an ancient medicinal plant which has been used for centuries for the treatment of different diseases such as liver and gallbladder disorders, protecting the liver against snake bite and insect stings, mushroom poisoning and alcohol abuse (2). This plant can be found in Kashmir, North America, Canada, and Mexico with large leaves and a reddish-purple flower that is all thorny and the medicinal part of the plant is either the seeds or fruits (3).

In chronic liver diseases caused by oxidative stress (alcoholic and non-alcoholic fatty liver diseases, drug- and chemical-induced hepatic toxicity), antioxidant medicines such as silymarin can have a beneficial effect.[4] Liver cirrhosis, non-alcoholic fatty liver, and steatohepatitis are risk factors for hepatocellular carcinoma (HCC). Insulin resistance and oxidative stress are the major pathogenetic mechanisms leading the hepatic cell injury in these patients. The silymarin exerts membrane-stabilizing and antioxidant activity, it promotes hepatocyte regeneration; furthermore, it reduces the inflammatory reaction and inhibits the fibrogenesis in the liver. [4]

Ingredients or Composition of Silymarin

When looking at Milk Thistle itself (prior to any extraction), the fruits or thistles contain:

Uses and Health Benefits of Silymarin

The available forms of Milk thistle are capsules, tablet, tincture, and intravenous solution. Adult dosage in terms of hepatoprotection is 420 mg/day of extract (standardized to 70-80% silymarin) three times a day for 6-8 weeks. Maintenance dose is 280 mg/day. The intravenous solution is used for cyclopeptide mushroom poison in a dose of 33 mg/kg/day for approximately 81.67 hr [50].