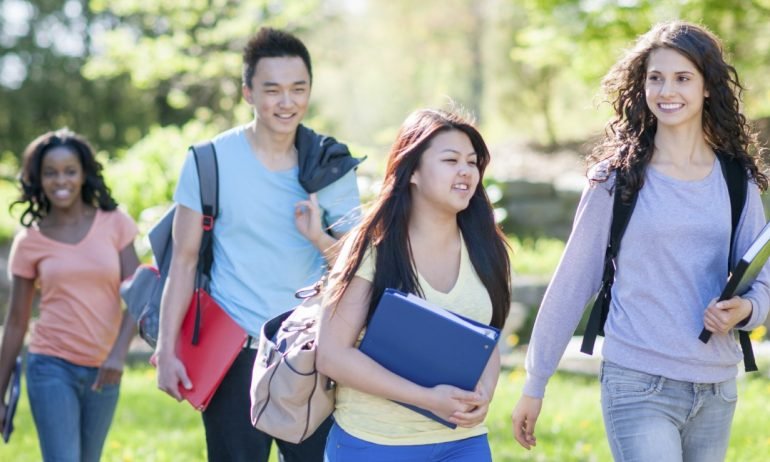 Pott’s spine is the commonest extrapulmonary manifestation of TB. It spreads through the hematogenous route. Clinically, it presents with constitutional symptoms, back pain, tenderness, paraplegia or paraparesis, and kyphotic or scoliotic deformities. Pott’s spine accounts for 2% of all cases of TB, 15% of extrapulmonary, and 50% of skeletal TB. The paradisical, central, anterior subligamentous, and neural arch are the common vertebral lesions. Thoracic vertebrae are commonly affected followed by lumbar and cervical vertebrae. Plain radiographs are usually the initial investigation in spinal TB.
Tuberculosis (TB) is an infectious disease usually caused by Mycobacterium tuberculosis (MTB) bacteria.[Rx] Tuberculosis generally affects the lungs, but can also affect other parts of the body.[Rx] Most infections do not have symptoms, in which case it is known as latent tuberculosis.[Rx] About 10% of latent infections progress to active disease which, if left untreated, kills about half of those infected.[Rx] The classic symptoms of active TB are a chronic cough with blood-containing sputum, fever, night sweats, and weight loss.[Rx] It was historically called “consumption” due to weight loss.[Rx] Infection of other organs can cause a wide range of symptoms.[Rx]
Pott’s Disease, also known as tuberculosis spondylitis, is a rare infectious disease of the spine which is typically caused by an extraspinal infection. Pott’s Disease is a combination of osteomyelitis and arthritis which involves multiple vertebrae.

Symptoms and signs of tuberculosis

Although your body may harbor the bacteria that cause tuberculosis, your immune system usually can prevent you from becoming sick. For this reason, doctors make a distinction between:

Signs and symptoms of active TB include:

Tuberculosis can also affect other parts of your body, including your kidneys, spine or brain. When TB occurs outside your lungs, signs, and symptoms vary according to the organs involved. For example, tuberculosis of the spine may give you back pain, and tuberculosis in your kidneys might cause blood in your urine.

Tuberculous spinal infections should be suspected in patients with an insidious, progressive history of back pain and in individuals from an endemic area, especially when the thoracic vertebrae are affected and with a pattern of bone destruction with relative disc preservation and paravertebral and epidural soft tissue masses

The Mantoux reaction following injection of a dose of PPD (purified protein derivative) is the traditional screening test for exposure to Tuberculosis. The result is interpreted taking into consideration the patient’s overall risk of exposure. Patients are classified into 3 groups based on the risk of exposure with three corresponding cut-off points. The 3 major groups used are discussed below.

Examples of Patients in the Different Risk Categories

Note that a Mantoux test indicates exposure or latent tuberculosis. However, this test lacks specificity, and patients would require subsequent visits for interpreting the results as well as chest x-ray for confirmation. Although relatively sensitive, the Mantoux reaction is not very specific and may give false positive reactions in individuals who have been exposed to the BCG-vaccine.

The Significance of Screening

These questionnaires make use of an algorithm that combines several clinical signs and symptoms of tuberculosis. Some of the commonly used symptoms are:

Several studies have confirmed the utility of using several criteria rather than a focus on only chronic cough or weight loss.

The new molecular-based techniques are faster and enable rapid diagnosis with high precision. Confirmation of TB could be made in hours rather than the days or weeks it takes to wait for a standard culture. This is very important, especially among immunocompromised host where there is a high rate of false negative results. Some molecular-based tests such as GeneXpert and DR-MTB also allow for identification of multi-drug resistant tuberculosis.

All first-line anti-tuberculous drug names have a standard three-letter and a single-letter abbreviation:

First-line anti-tuberculous drug names are often remembered with the mnemonic “RIPE,” referring to the use of a rifamycin (like rifampin), isoniazid, pyrazinamide, and ethambutol. The US uses abbreviations and names that are not internationally recognized,  rifampicin is called rifampin and abbreviated RIF; streptomycin is abbreviated STM. In the US only, streptomycin is no longer considered a first line drug by ATS/IDSA/CDC because of high rates of resistance. The WHO have made no such recommendation.

The second line drugs (WHO groups 2, 3 and 4) are only used to treat disease that is resistant to first line therapy (i.e., for extensively drug-resistant tuberculosis (XDR-TB) or multidrug-resistant tuberculosis (MDR-TB)).A drug may be classed as second-line instead of first-line for one of three possible reasons: it may be less effective than the first-line drugs (e.g., p-aminosalicylic acid); or, it may have toxic side-effects (e.g., cycloserine); or it may be effective, but unavailable in many developing countries (e.g., fluoroquinolones):

Third-line drugs (WHO group 5) include drugs that may be useful, but have doubtful or unproven efficacy:

These drugs are listed here either because they are not very effective (e.g., clarithromycin) or because their efficacy has not been proven (e.g., linezolid, R207910). Rifabutin is effective, but is not included on the WHO list because for most developing countries, it is impractically expensive.

Drug of choice is isoniazid. It is usually given with vitamin B6, pyridoxine (to prevent nerve damage). Isoniazid is recommended for Mantoux or quantiferon positive individuals and should be continued for 6 or 9 months.

The WHO recommends the following treatment regimen for treating latent tuberculosis:

Isoniazid and Rifampicin follow a 4-drug regimen (usually including Isoniazid, Rifampicin, Ethambutol, and Pyrazinamide) for 2 months or six months. Vitamin B6 is always given with Isoniazid to prevent neural damage (neuropathies).

Several other antimicrobials are effective against tuberculosis including the following categories:

These are medications with variable but unproven efficacy against TB. They are used for total drug-resistant TB as drugs of last resort.

Steroids may be of temporary benefit in pleurisy, extremely advanced TB, and TB in children:

Steroids may be of benefit in peritonitis, miliary disease, tubercular osteomyelitis, TB osteomyelitis, laryngeal TB, lymphadenitis and genitourinary disease, but the evidence is scant and the routine use of steroids cannot be recommended. Steroid treatment in these patients should be considered on a case by case basis by the attending physician.

Thalidomide may be of benefit in TB meningitis and has been used in cases where patients have failed to respond to steroid treatment.

Some supplements may be useful as adjuncts in the treatment of tuberculosis, but for the purposes of counting drugs for MDR-TB, they count as zero (if you already have four drugs in the regimen, it may be beneficial to add arginine or vitamin D or both, but you still need another drug to make five).

The drugs listed below have been used in desperation and it is uncertain whether they are effective at all. They are used when it is not possible to find five drugs from the list above.

On December 28, 2012, the U.S. Food and Drug Administration (FDA) approved bedaquiline (marketed as Sirturo by Johnson & Johnson) to treat multi-drug resistant tuberculosis, the first new treatment in 40 years. Sirturo is to be used in a combination therapy for patients who have failed standard treatment and have no other options. Sirturo is an adenosine triphosphate synthase (ATP synthase) inhibitor.

The follow drug is experimental compounds that are not commercially available, but which may be obtained from the manufacturer as part of a clinical trial or on a compassionate basis. Their efficacy and safety are unknown:

There is increasing evidence for the role of surgery (lobectomy or pneumonectomy) in the treatment of MDR-TB, although whether this is should be performed early or late is not yet clearly defined.

Anyone can get tuberculosis, but certain factors can increase your risk of the disease. These factors include:

A healthy immune system often successfully fights TB bacteria, but your body can’t mount an effective defense if your resistance is low. A number of diseases and medications can weaken your immune system, including:

Traveling or living in certain areas

The risk of contracting tuberculosis is higher for people who live in or travel to countries that have high rates of tuberculosis and drug-resistant tuberculosis, including:

Where you work or live