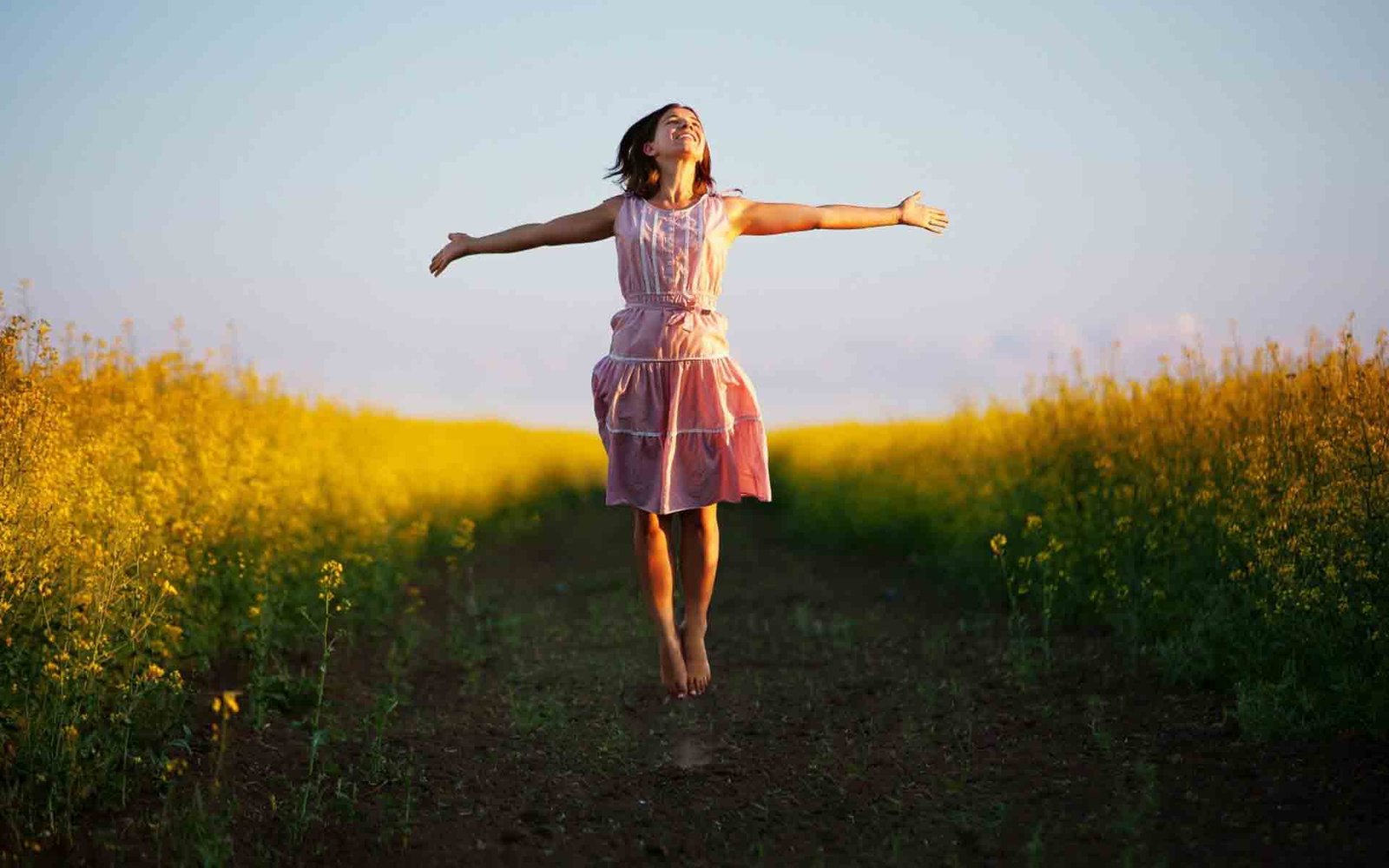 Cerebral Palsy is a group of neurological non-progressive/ permanent movement disorders that appear in early childhood or before, during or after birth due to brain injury or abnormal development of the brain or injury of brain & central nervous system.  Often, symptoms include poor coordination, stiff muscles, weak muscles, and tremors and maybe the problems with sensation, vision, hearing, swallowing, and speaking.

Cerebral palsy is a broad range of static, non-progressive motor disabilities that present from birth or early childhood as a result of injury to neuromotor components of the central nervous system. Motor performance is normally coordinated via communication between the cerebral cortex, thalamus, basal ganglia, brain stem, cerebellum, spinal cord, and communicating sensory-motor pathways. This complex network lends itself to injury at many different levels. Etiologies are numerous and can occur during the prenatal, perinatal, and postnatal periods. The severity of the neurologic deficit and the clinical manifestations are varied depending on the time, location and nature of the original injury. In order to approach cerebral palsy systematically, the primary health care practitioner must be prepared to recognize neuromotor deficits, diagnose and classify the type of disorder, and implement a methodical treatment plan. The purpose of this article is to review the etiology, pathophysiology, diagnostic classification (Swedish system), clinical manifestations, and therapeutic management of cerebral palsy and prepare the advanced practice nurse to care for the individual and family.

GMFC system of cerebral palsy and approximate percentage in each group.

The Topography of Cerebral Palsy

The severity of cerebral palsy: gross motor function classification system (for children between 6 and 12 years)[rx]

The specific forms of cerebral palsy are determined by the extent, type, and location of a child’s abnormalities. Doctors classify CP according to the type of movement disorder involved — spastic (stiff muscles), athetoid (writhing movements), or ataxic (poor balance and coordination) — plus any additional symptoms, such weakness (paresis) or paralysis (plegia). For example, hemiparesis (hemi = half) indicates that only one side of the body is weakened.Quadriplegia (quad = four) means all four limbs are afffected.

The cerebrum is the upper part of the human brain.

There are at least three possible reasons for this.

Abnormal development of the brain

Several factors can cause a stroke in a fetus during pregnancy

During delivery, the risk is increased by the following factors:

Factors that may contribute to a higher risk of cerebral palsy include:

Signs and symptoms can vary greatly. Movement and coordination problems associated with cerebral palsy may include:

The disability associated with cerebral palsy may be limited primarily to one limb or one side of the body, or it may affect the whole body. The brain disorder causing cerebral palsy doesn’t change with time, so the symptoms usually don’t worsen with age. However, muscle shortening and muscle rigidity may worsen if not treated aggressively.

Nonoperative modalities, such as medication, splinting and bracing, and physical therapy, are commonly used as primary treatment or in conjunction with other forms of treatment such as surgery.[rx]–[rx]

Oral medications such as

A number of factors are associated with an increased risk of cerebral palsy.

Illnesses in a newborn baby that can greatly increase the risk of cerebral palsy include:

Other factors of pregnancy and birth

While the potential contribution from each is limited, additional pregnancy or birth factors associated with increased cerebral palsy risk include:

Muscle weakness, muscle spasticity and coordination problems can contribute to a number of complications either during childhood or later during adulthood, including:

Are there treatments for other conditions associated with cerebral palsy?

NIH-funded scientists continue to look at new therapies and novel ways to use existing options to treat individuals with CP, including:

Systemic hypothermia—the controlled medical cooling of the body’s core temperature—appears to protect the brain and decrease the rate of death and disability from certain disorders and brain injuries. Previous studies have shown that hypothermia is effective in treating neurologic symptoms in term or late preterm babies less than one month old that are attributed to hypoxic-ischemia (HIE, brain injury due to a severe decrease in the oxygen supply to the body), which can cause quadriplegic CP, with or without movement disorder. In an effort to determine the most effective cooling strategies, NICHD-funded researchers are studying different cooling treatments to improve the chance of survival and neurodevelopment outcomes 18-22 months post-treatment in infants with neurologic symptoms attributed to HIE. Other researchers are examining if combined therapy using hypothermia and recombinant erythropoietin (a hormone that promotes the growth of new red blood cells and increases oxygen levels in the blood) is more effective than either therapy alone in treating neurodevelopmental handicaps in an animal model involving lack of oxygen before, during, or just after birth.

What is physical therapy?

Physical therapy (PT) is a branch of rehabilitative health that is considered one of the most important aspects of treating children with Cerebral Palsy. Those with Cerebral Palsy experience mobility, function, posture and balance challenges of varying degrees, and physical therapy – which focuses on basic mobility such as standing, walking, climbing stairs, reaching or operating a wheelchair – is a key element in the multidisciplinary approach to increasing a child’s mobility.

The goal of physical therapy is to help individuals:

Trained and licensed physical therapists identify mobility issues and determine the unique physical abilities and limitations of children, taking into account their age and cognitive functioning, after a diagnosis of Cerebral Palsy is made by a physician.

The therapist will then develop a course of treatment that will include exercises, stretches, and possibly assistive and adaptive equipment designed to achieve mobility. The treatment may also employ the use of passive modalities involving hot and cold packs, ultrasound technology or other means in which the child does not take an active role.

All treatment is designed to meet a child’s individual needs in a way that emphasizes physical fitness, and minimizes injuries and pain

Who benefits from physical therapy?

The individual with Cerebral Palsy benefits

What are the benefits of physical therapy?

The largest benefit of therapy to the child with Cerebral Palsy is in treatment of problematic conditions when they occur, including:

How is physical therapy performed?

Physical therapy is hands-on: a therapist, or an assistant, will guide the child through exercises.

Exercises often include the use of equipment, such as:

At some centers, sports or recreation like swimming, dancing and playing games such as throwing and catching a ball, may be used to help children develop muscles, balance, coordination and range of motion.

Where does physical therapy occur?

What happens during physical therapy?

All physical therapy begins with a diagnosis – the child’s primary doctor will then refer the child to a physical therapist while providing specific treatment goals to accomplish.

At the start of physical therapy, a comprehensive medical history for the child will be obtained. Additionally, the therapist will conduct a series of tests, observations and measurements to assess the child’s body mechanics and function.

The examination may assess:

The therapist then prepares a patient-centered plan of care that takes into account the child’s condition, and the child’s overall environment.

The physical therapist will also determine what orthotic equipment, adaptive equipment, or assistive technologies may be needed to help a child.

Orthotic equipment can include braces that stabilize the ankles, knees, legs, torso, upper arms, lower arms, elbows or hands. Adaptive equipment includes strollers, nets, walkers and wheelchairs. The therapist will teach the child – and his or her caregivers – how to operate the equipment, and will make modifications to accommodate a child’s condition.

Once the child’s plan of treatment is determined, therapists will set goals for a child’s progress, and work with the child to meet those benchmarks. This typically means the therapist and his or her assistants manipulate a child’s body while completing stretches, strength exercises or games with specific movements or purpose.

Often therapy includes instructions for exercises, stretches, posturing and balance to be performed while outside the therapy sessions; at home, school or work.

The coursework a budding physical therapist must complete is extensive, and includes:

All states require licensure via state board examination to practice, though the requirements to take the exam vary from state to state. Most states require the therapist to successfully complete the National Physical Therapy Examination; however, others administer their own examination..

What is the difference between physical therapy and physiotherapy?

Is there any risk or special consideration for physical therapy?

Resection arthroplasty, redirectional osteotomy, arthrodesis have been proposed for the treatment of a painful dislocated hip when a relocation procedure is impossible.

Recurvatum of the knee

What Is Cerebral Hemiplegia; Symptoms, Treatment