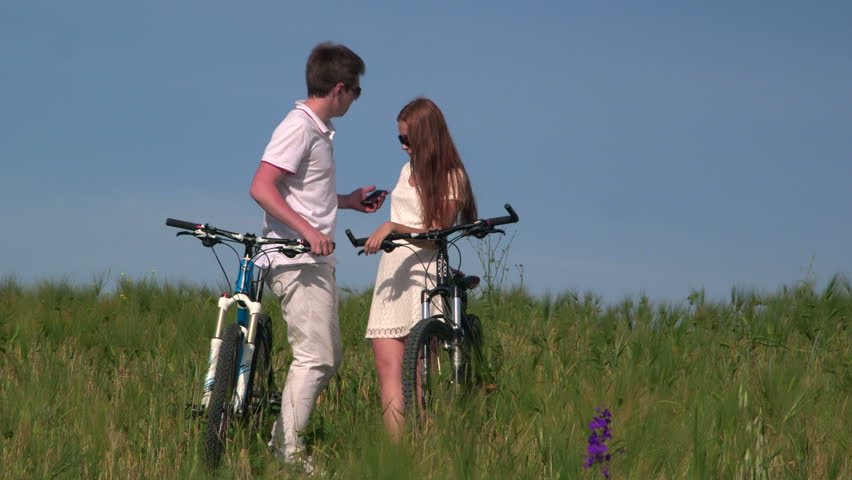 Anagliptin (INN; trade name Suiny) is a pharmaceutical drug for the treatment of type 2 diabetes mellitus. It is approved for use in Japan. It belongs to the class of anti-diabetic drugs known as dipeptidyl peptidase-4 inhibitors or “gliptins”.
Anagliptin is under investigation for the treatment of LDL Cholesterol, Coronary Disease, Diabetes Mellitus, Glycosylated Hemoglobin, and Dipeptidyl-Peptidase 4 Inhibitors.

Anagliptin is under investigation for the treatment of LDL Cholesterol, Coronary Disease, Diabetes Mellitus, Glycosylated Hemoglobin, and Dipeptidyl-Peptidase 4 Inhibitors.

Mechanism of action of Anagliptin

Alogliptin, anagliptin, linagliptin, saxagliptin, sitagliptin, teneligliptin and vildagliptin are the compounds currently in clinical use

The DPP-4 crystal structure forms a homodimer, suggesting that it is an in vivo form. Each subunit consists of two domains, an α/β-hydrolase domain and an eight-bladed β-propeller domain. The active site was revealed by observation of the tetrahedral intermediate of a peptide inhibitor, diprotin A (Ile-Pro-Ile)Thoma R, Loffler B, Stihle M, et al. Structure basis of proline-specific exopeptidase activity as observed in human dipeptidyl peptidase-IV. Structure 2003;11:947–59. The catalytic triad including catalytic residue Ser630 is located at the interface of the two domains, and the S1 subsite is formed by the hydrophobic residues. The N-terminal amino group of the substrate is recognized in the S2 subsite that consists of the acidic residues Glu205 and Glu206.

In a subsequent report, Engel et al. focused on whether the substrates approached the active site by opening a side or a propeller region. They found that a substrate approaching via the side opening would be in the proper orientation for docking to the active siteEngel M, Hoffmann T, Manhart S, et al. Rigidity and flexibility of dipeptidyl peptidase IV: crystal structures of and docking experiments with DPIV. J Mol Biol 2006;355:768–83

Until recently, various inhibitors of DPP-4 were developed by chemical design and synthesis, as well as by biological evaluation with consideration for hypoglycaemic activity and – as a safety concern – with consideration for selectivity against DPP-4-related proteases such as DPP8, DPP9 and fibroblast activation protein (FAP). These efforts resulted in numerous inhibitors; the eight inhibitors shown in  are currently available for useJuillerat-Jeanneret L. Dipeptidyl peptidase IV and its inhibitor: therapeutics for type 2 diabetes and what else? J Med Chem 2014;57:2197–212/ Sitagliptin was the first of these inhibitors to be approved, gaining authorization in 2006 in the US and in 2007 in the EU. Vildagliptin was approved next, in 2008 in the EU. Subsequently, saxagliptin (in 2009), linagliptin (in 2011) and alogliptin (in 2013) were approved in both the US and EU, respectively. Gemigliptin was approved in Korea in 2012, and teneligliptin and anagliptin were approved in Japan in 2012. With the exceptions of gemigliptin and anagliptin, Nabeno et al. categorised all of these inhibitors into three classes according to the binding subsites of DPP-4, which tend to be characteristic of their chemical structures12Nabeno M, Akahoshi F, Kishida H, et al. A comparative study of the binding modes of recently launched dipeptidyl peptidase IV inhibitors in the active site. Biochem Biophys Res Commun 2013;434:191–6. Specifically, the inhibitors binding to only the S1 and S2 subsites were categorised into Class 1, those binding to the S1′ and/or S2′ along with the S1 and S2 subsites were categorised into Class 2, and those binding to the S2extensive subsite along with the S1 and S2 subsites were categorised into Class 3. The S2 extensive subsite was defined as the site beyond the S2 subsite by Yoshida et al Yoshida T, Akahoshi F, Sakashita H, et al. Fused bicyclic heteroarylpiperazine-substituted L-prolylthiazolidines as highly potent DPP-4 inhibitors lacking the electrophilic nitrile group. Bioorg Med Chem 2012;20:5033–41; natural substrates do not interact with the subsite.

Anagliptin Kato N, Oka M, Murase T, et al. Discovery and pharmacological characterization of N-[2-({2-[(2S)-2-cyanopyrrolidine-1-yl]-2-oxoethyl}amino)-2-methylpropyl]-2-methylpyrazolo[1,5-a]pyrimidine-6-caroxamide hydrochloride (anagliptin hydrochloride salt) as a potent and selective DPP-IV inhibitor. Bioorg Med Chem 2011;19:7221–7is one of the DPP-4 inhibitors launched in Japan. In this paper we report its crystal structure and its interactions with DPP-4 as determined by X-ray crystallography, and discuss its potency and selectivity.

A colourless single crystal (0.3 × 0.3 × 0.08 mm3) was obtained by standing at room temperature after heating to dissolve in ethyl acetate. The data were collected by the ω scan method with 0.3° in scan width and 10 s in exposure time at room temperature, using a SMART 1000 two-dimensional X-ray diffractometer (Bruker; Mo Kα, 50 kV, 40 mA) with a 0.5-mmϕ collimator. The structure was solved by the direct method using the SHELXS-97 program (Göttingen, Germany), and refined by the full-matrix least-squares method using the SHELXL-97 program. The crystal structure data has been deposited to the Cambridge Crystallographic Data Centre (CCDC 1003533).

Expression and purification of DPP-4

Human DPP-4 (hDPP-4) was expressed in the Silkworm–Baculovirus System produced by ProCube (Sysmex Corporation; . The hDPP-4 gene encoding Ser39-Pro766 was amplified by PCR from the synthesised full-length hDPP-4 gene template with optimised codon usage for Bombyx mori. The PCR was run using a forward primer containing a BglII site and a cleavage site for HRV 3C protease (5′-GGAAGATCTCTGGAAGTTCTGTTCCAGGGGCCCTCAAGGAAGACTTATACATT-3′) and a reverse primer containing an EcoRV site (5′-GGCGATATCTTATGGTAAACTGAAACATTG-3′). The PCR product was inserted between BglII and EcoRV in the multiple cloning site of the pM24 vector (Sysmex Corporation) based on the vector pUC19 for B. mori nucleopolyhedrovirus (BmNPV). The vector was designed to express a fusion protein containing a DDDDK-tag and HRV3C protease recognition site at the N-terminal fragment of hDPP-4. This transfer vector was co-transfected with BmNPV DNA into a B. mori-derived cell line (BmN). After 7 days of incubation, the recombinant baculovirus was injected into the body of silkworm pupae. The pupae were harvested 6 days after infection, frozen and homogenised with PBS buffer (pH 7.4) containing a protease inhibitor cocktail. The homogenised solution was centrifuged to separate the supernatant and precipitate using an ultracentrifuge (100 000 g) for 1 h at 4 °C. The supernatant containing DDDDK-tag fusion hDPP-4 was applied to DDDDK-tagged Protein PURIFICATION GEL (MBL Co., Ltd.), and the fusion protein was eluted with DDDDK peptide containing PBS buffer (pH 7.4). The eluted sample was treated with HRV 3C protease (Wako Pure Chemical Industries, Ltd.) for 16 h at 4 °C to remove the N-terminal DDDDK-tag from the recombinant fusion protein and then applied to a Glutathione Sepharose 4B column (GE Healthcare) to remove the HRV 3C protease. The flow-through fraction was collected and rapidly purified by TOYOSCREEN SuperQ (TOSOH Corporation), which is an ion exchange column with a linear gradient of 0–300 mM NaCl in Tris–HCl buffer (pH 8.0). Finally, hDDP4 was further purified by gel filtration chromatography using a Superdex 200 column (GE Healthcare) with 20 mM Tris–HCl (pH 8.0) buffer containing 100 mM NaCl. The purified hDPP-4 was concentrated using an Apollo spin concentrator (Orbital Biosciences, LLC) to 10 mg/mL for the crystallisation sample.

Crystallographic study of the DPP-4 complex with anagliptin

Measurements of in vitro activities

Inhibition of DPP-4 activity was determined by measuring the rate of hydrolysis of a surrogate substrate, Gly-Pro-4-methylcoumarin-7-amide (Gly-Pro-MCA; Peptide Institute, Osaka, Japan). Ten microliters of various concentrations of the test compound solutions and 45 μL of human recombinant DPP-4 (R&D Systems, Minneapolis, MN) with an assay buffer (25 mM HEPES, 140 mM NaC1, 0.1 mg/mL BSA, pH 7.8) were added to a black 96-well microplate and mixed. After a 30-min preincubation at room temperature, the enzymatic reaction was initiated by the addition of 45 μL of 0.4 mM Gly-Pro-MCA and allowed to react for 20 min. The reaction was stopped by the addition of 100 μL of 25% acetic acid solution, and the fluorescence intensity was measured at an excitation wavelength of 390 nm and a fluorescence wavelength of 460 nm. As standards, the fluorescence intensity of 7-amino-4-methylcoumarin (AMC) solutions plus 25% acetic acid solution was measured. The percent inhibition relative to the control without inhibitor was calculated and the IC50 values were determined by a nonlinear regression model.

The levels of inhibition of the DPP8 and DPP9 activities were determined by the degradation of the fluorescent substrate Gly-Pro-MCA. Human DPP8 and DPP9 were expressed in baculovirus-infected Sf9 insect cells and purified using his-tagged protein purification resins. Inhibition of the DPP8 and DPP9 activities was determined as described above. Ten microliters of the test compounds and 50 μL of 1.0 mM Gly-Pro-MCA in buffer solution (50 mM HEPES, 0.1 mg/mL BSA, pH 8.0) were added to black 96-well microplates, and the reaction was initiated by the addition of 40 μL of the diluted enzyme solution for 20 min at room temperature. The reaction was stopped by the addition of 25% acetic acid solution and the fluorescence intensity was measured.

Inhibition of FAP activity was determined by the degradation of the fluorescent substrate Ala-Pro-7-amino-3-trifluoromethylcoumarine (Ala-Pro-AFC; Bachem AG, Switzerland). Human FAP was expressed in baculovirus-infected Sf9 insect cells and purified using his-tagged protein purification resins. The inhibition of FAP activities was measured as described above. Ten microliters of the test compound solutions and 50 μL of 1.0 mM Ala-Pro-AFC in buffer solution (50 mM Tris hydrochloride–150 mM sodium chloride, 0.1 mg/mL BSA, pH 8.0) were added to black 96-well microplates. The reaction was initiated by the addition of 40 μL of the diluted enzyme solution for 60 min at room temperature. The fluorescence intensity was measured at an excitation wavelength of 400 nm and a fluorescence wavelength of 505 nm. To establish the standards, various concentrations of AFC solutions were added to a 96-well black microplate, and the fluorescence intensities were measured.

The crystal structure of anagliptin was solved and refined by single-crystal X-ray analysis. Anagliptin has a single asymmetric carbon on its pyrrolidine moiety. Since the pyrrolidine moiety is prepared from l-prolinamide without racemization, the stereochemistry must be 2S, like that of l-prolinamide. The structure having a 2S configuration was therefore refined; the final R index was 0.0454 and the absolute structure parameter χFlack HD. On enantiomorph-polarity estimation. Acta Crystallogr 1983;A39:876–81 was 0.0. Consequently, it was clarified that the configuration was 2S (space group: P32). For comparison, a 2R configuration (space group: P31) was modelled and refined. In this case the final R index was 0.0459 and the χ parameter was 1.1; these parameters showed that the 2R configuration was not correct. The crystallographic data and refinement are shown in Table 1 (CCDC 1003533).