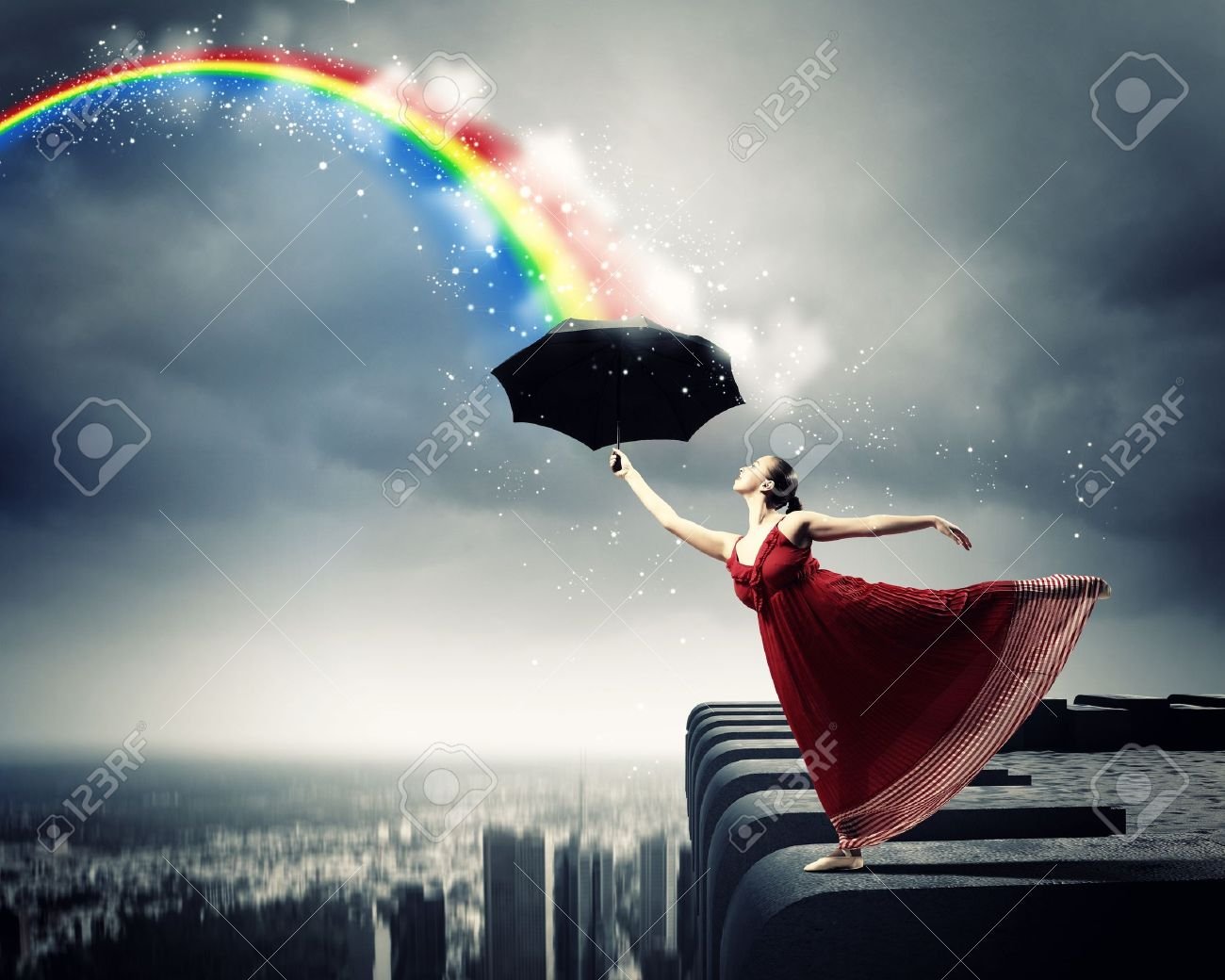 Stroke or Cerebrovascular accident (CVA) is the medical term for a stroke. A stroke is when blood flow to a part of your brain is stopped either by a blockage or the rupture of a blood vessel. A stroke occurs when a blood vessel that carries oxygen and nutrients to the brain is either blocked by a clot or bursts. When that happens, part of the brain cannot get the blood and oxygen it needs, so it starts to die.

This slide shows a CT scan of an ischemic stroke, which is responsible for about 80% to 90% of all strokes. Ischemic strokes are caused by clots that reduce or stop blood flow to the brain. The clot may develop elsewhere in the body and circulate to become lodged in a blood vessel in the brain, or the clot may originate in the brain.

The symptoms of a transient ischemic attack (TIA) and early ischemic stroke are similar. In the case of a TIA, however, the symptoms resolve within 24 hours. Symptoms depend on where the injury in the brain occurs. The origin of the stroke is usually either the carotid or basilar arteries.

Symptoms From Blockage in the Carotid Arteries.

The carotid arteries stem off of the aorta (the primary artery leading from the heart) and lead up through the neck, around the windpipe, and on into the brain. When TIAs or stroke occur from blockage in the carotid artery, which they often do, symptoms may occur in either the retina of the eye or the cerebral hemisphere (the large top part of the brain).

Symptoms include the following

Symptoms From Blockage in the Basilar Artery

The other major site of trouble, the basilar artery, is formed at the base of the skull from the vertebral arteries, which run up along the spine and join at the back of the head. When stroke or TIAs occur here, both hemispheres of the brain may be affected so that symptoms occur on both sides of the body. The following symptoms may develop:

Such strokes usually occur in the brain stem, which can have profound affects on breathing, blood pressure, heart rate, and other vital functions, but have no affect on thinking or language.

The speed of symptom onset of a major ischemic stroke may indicate its source:

Symptoms of an intracerebral, or parenchymal, hemorrhage typically begin very suddenly and evolve over several hours and include:

When the hemorrhage is a subarachnoid type, warning signs may occur from the leaky blood vessel a few days to a month before the aneurysm fully develops and ruptures. Warning signs may include:

When the aneurysm ruptures, the stroke victim may experience:

There are two types of hemorrhagic strokes: intracerebral and subarachnoid.

A subarachnoid hemorrhage refers to bleeding immediately surrounding the brain in the area of the head called the subarachnoid space. The main symptom of a subarachnoid stroke is a sudden, severe headache, possibly following a popping or snapping feeling. Many factors can cause a subarachnoid stroke, including head injury, blood thinners, bleeding disorders and bleeding from a tangle of blood vessels known as an arteriovenous malformation.

“Mini-strokes” (also termed transient ischemic attacks or TIAs) are temporary blockages of blood vessels in the brain. TIAs can produce mild stroke symptoms that resolve. TIAs often occur before a stroke happens, so they serve as warning signs that the person may need stroke preventive therapy.

In most cases, the symptoms affect only one side of the body (unilateral). Depending on the part of the brain affected, the defect in the brain is usually on the opposite side of the body. However, since these pathways also travel in the spinal cord and any lesion there can also produce these symptoms, the presence of any one of these symptoms does not necessarily indicate a stroke.In addition to the above CNS pathways, the brainstem gives rise to most of the twelve cranial nerves. A brainstem stroke affecting the brainstem and brain, therefore, can produce symptoms relating to deficits in these cranial nerves

The sort of problems that may occur include one or more of the following:

The first step in assessing a stroke patient is to determine whether the patient is experiencing an ischemic or hemorrhagic stroke so that the correct treatment can begin. A CT scan or MRI of the head is typically the first test performed.

For diagnosing ischemic stroke in the emergency setting

For diagnosing hemorrhagic stroke in the emergency setting:

To help determine the type, location, and cause of a stroke and to rule out other disorders, physicians may use:

Immediate treatment is aimed at limiting the size of the stroke and preventing further stroke. Acute stroke therapies try to stop a stroke while it is happening by quickly dissolving the blood clot causing an ischaemic stroke or by stopping the bleeding of a hemorrhagic stroke.  This will involve administering medications and may involve surgery in some cases.

Therapy with clot-busting drugs must start within 3 hours if they are given into the vein — and the sooner, the better. Quick treatment not only improves your chances of survival but also may reduce complications. You may be given:

Emergency procedures – Doctors sometimes treat ischemic strokes with procedures that must be performed as soon as possible, depending on features of the blood clot:

However, recent studies suggest that for most people, delivering medication directly to the brain (intra-arterial thrombolysis) or using a device to break up or remove clots (mechanical thrombectomy) may not be beneficial. Researchers are working to determine who might benefit from this procedure.

To decrease your risk of having another stroke or transient ischemic attack, your doctor may recommend a procedure to open up an artery that’s narrowed by fatty deposits (plaques). Doctors sometimes recommend the following procedures to prevent a stroke. Options will vary depending on your situation:

Emergency treatment of hemorrhagic stroke focuses on controlling your bleeding and reducing pressure in your brain. Surgery also may be performed to help reduce future risk.

Emergency measures – If you take warfarin (Coumadin) or anti-platelet drugs such as clopidogrel (Plavix) to prevent blood clots, you may be given drugs or transfusions of blood products to counteract the blood thinners’ effects. You may also be given drugs to lower pressure in your brain (intracranial pressure), lower your blood pressure, prevent vasospasm or prevent seizures.

Once the bleeding in your brain stops, treatment usually involves supportive medical care while your body absorbs the blood. Healing is similar to what happens while a bad bruise goes away. If the area of bleeding is large, your doctor may perform surgery to remove the blood and relieve pressure on your brain.

The blood clot can then be removed using the device, or through suction. The procedure can be carried out under local or general anesthetic.

Anticoagulants may be offered if you:

Treatment of hemiplegia requires coordination of several health professionals. A physiotherapist, occupational therapists, a physician, a surgeon and support from family etc.

Recovery can take months and it may be several days or weeks after the stroke before doctors are able to give an accurate prediction for recovery.

Medications are usually prescribed for people with a high risk of stroke. The medicines are designed to lower risk by inhibiting clot formation (aspirin, warfarin and/or other antiplatelet medicines). Also, antihypertensive medications can help by reducing high blood pressure. Medications have side effects so discuss these with you, doctor.

Taking A Bath In Epsom Salt

There are following remedies which are helpful in the treatment of  stroke:

Glonoinum – threatened apoplexy due to sunstroke