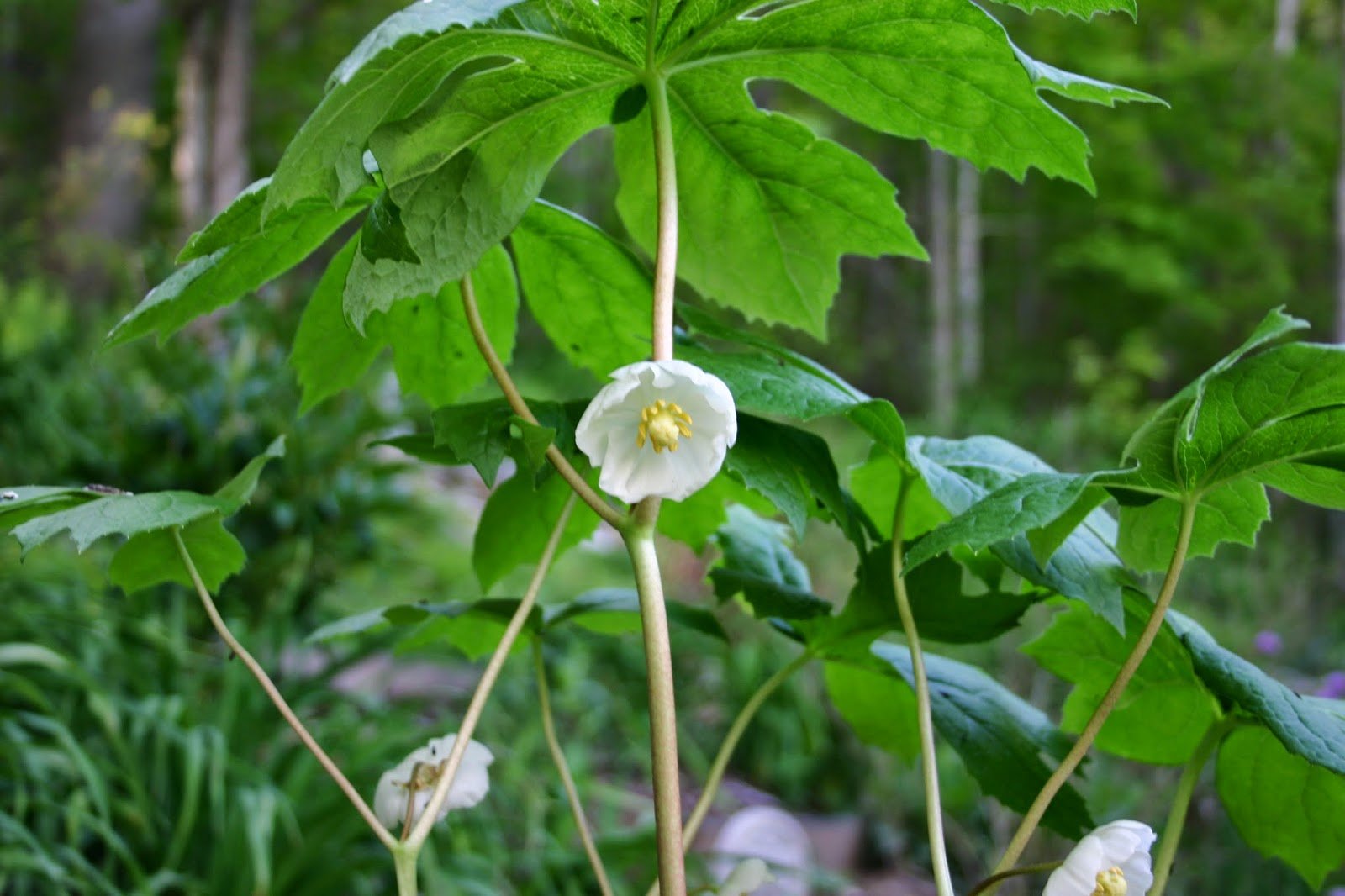 Podophyllin is a resin extracted from the root of the plant Podophyllum sp. Berberidaceae (Mandrake), which contains numerous compounds, among which podophyllotoxin. Podophyllin is the principal active component. Podophyllin arrests mitosis in metaphase.

Caustic extract from the roots of Podophyllum peltatum and P. emodi. Podophyllum resin contains PODOPHYLLOTOXIN and its congeners and is very irritating to mucous membranes and skin. Podophyllin is a violent purgative that may cause CNS damage and teratogenesis. It is used as a paint for warts, skin neoplasms, and senile keratoses.

Podophyllum peltatum is one of the main medicines for acute diarrhea in children. The child has profuse, gushing diarrhea that is watery, green or yellow, and offensive. There is gurgling in the abdomen with the passage of gas. Often the diarrhea is painless, although some cramping may occur prior to passing a stool. Despite having diarrhea, the child does not seem too ill, although he or she may begin to seem tired if diarrhea persists for a few days. This medicine is sometimes also needed in cases in which diarrhea and constipation alternate.

Mechanism of Actions of Podophyllin

Podophyllin is a cytotoxic agent that has been used topically in the treatment of genital warts. It arrests mitosis in metaphase, an effect it shares with other cytotoxic agents such as the vinca alkaloids. The active agent is podophyllotoxin.
Cell division is arrested and other cellular processes are impaired, gradually resulting in the disruption of cells and destruction of the tissue.

Side Effects of Podophyllin