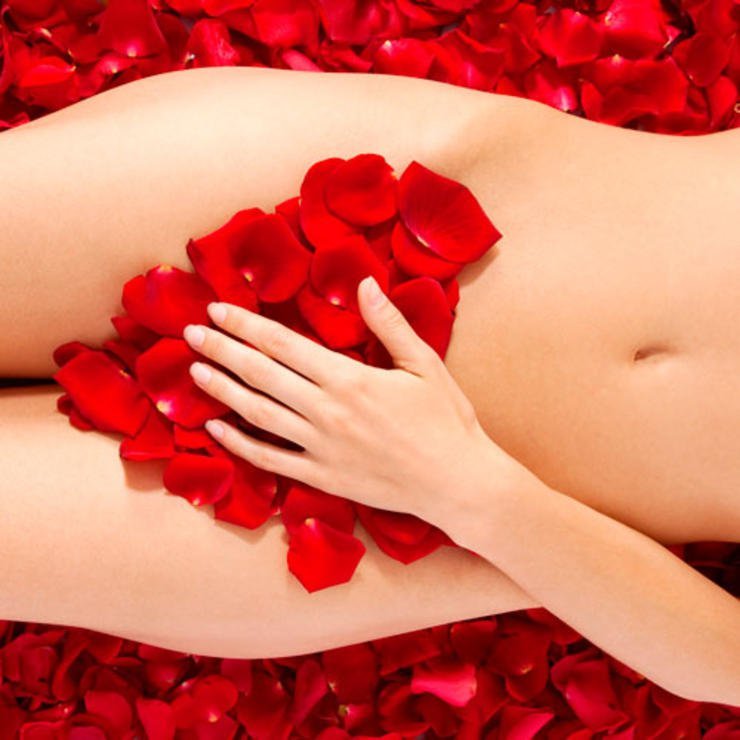 Oxytocin is a powerful hormone that acts as a neurotransmitter in the brain. It regulates social interaction and sexual reproduction, playing a role in behaviors from maternal-infant bonding and milk release to empathy, generosity, and orgasm. When we hug or kiss a loved one, oxytocin levels increase; hence, oxytocin is often called “the love hormone.” In fact, the hormone plays a huge role in all pair bonding. The hormone is greatly stimulated during sex, birth, and breastfeeding. Oxytocin is the hormone that underlies trust. It is also an antidote to depressive feelings.

Oxytocin is a hormone secreted by the posterior lobe of the pituitary gland, a pea-sized structure at the base of the brain.

It’s sometimes known as the “cuddle hormone” or the “love hormone,” because it is released when people snuggle up or bond socially. Even playing with your dog can cause an oxytocin surge, according to a 2009 study published in the journal Hormones and Behavior. But these monikers may be misleading.

Oxytocin can also intensify memories of bonding gone bad, such as in cases where men have poor relationships with their mothers. It can also make people less accepting of people they see as outsiders. In other words, whether oxytocin makes you feel cuddly or suspicious of others   environment.

Oxytocin is a particularly important hormone for women. “Oxytocin is a peptide produced in the brain that was first recognized for its role in the birth process, and also in nursing,” said Larry Young, a behavioral neuroscientist at Emory University in Atlanta, Georgia.

The hormone causes uterine contractions during labor and helps shrink the uterus after delivery. When an infant suckles at his or her mother’s breast, the stimulation causes a release of oxytocin, which, in turn, orders the body to “let down” milk for the baby to drink.

Oxytocin also promotes mother-child bonding. Studies show that “female rats find pups to be aversive if [the females are] virgins,” Young told Live Science. “But once they give birth, the brain is transformed, so they find the pups irresistible,” he said. And similar findings are seen in humans.

A 2007 study published in the journal Psychological Science found that the higher a mom’s oxytocin levels in the first trimester of pregnancy, the more likely she was to engage in bonding behaviors such as singing to or bathing her baby.

Although maternal bonding may not always be hardwired — after all, human females can adopt babies and take care of them — oxytocin released during pregnancy “does seem to have a role in motivation and feelings of connectedness to a baby,” Young said. Studies also show that interacting with a baby causes the infant’s own oxytocin levels to increase, he added.

In men, as in women, oxytocin facilitates bonding. Dads who got a boost of oxytocin via a nasal spray played more closely with their 5-month-old babies than dads who didn’t get the hormone zap, a 2012 study found. (There is another hormone, called vasopressin, which plays a stronger role in men.)

Another study found that men in relationships given a burst of oxytocin spray stood farther away from an attractive woman than men who weren’t given any oxytocin. Single men didn’t see any effect from the hormone, suggesting oxytocin may work as a fidelity booster for guys who are already bonded with another woman.

This anti-social effect of a social hormone brings some nuance to the story of oxytocin. In one study, researchers found that Dutch students given a snort of the hormone became more positive about fictional Dutch characters, but were more negative about characters with Arab or German names. The finding suggests that oxytocin’s social bonding effects are targeted at whomever a person perceives as part of their in-group, the researchers reported in January 2011 in the journal PNAS.

In another study, published in PNAS in 2010, men were given a dose of oxytocin and asked to write about their mothers. Those with secure relationships described their moms as more caring after the hormone dose. Those with troubled relationships actually saw their mothers as less caring. The hormone may help with the formation of social memories, according to the study researchers, so a whiff strengthens previous associations, whether good or bad.

Oxytocin sprays and side effects

Oxytocin nose sprays also have been considered for use in treating autism. The neurological disorder is marked by struggles with social functioning, so a small 2013 study published in the journal PNAS gave a dose to children and teens with autism and asked the participants to identify emotions based on pictures of people’s eyes.

The participants weren’t any better at identifying the emotions after the oxytocin burst, but the regions of their brains associated with social interaction became more active. The increased processing could mean that a burst of oxytocin might help cement behavioral therapy for kids with the disorder.

“When you think about using oxytocin to treat diseases like autism, you want to make sure you do it in a context where the social information is positive,” Young said.

Use of oxytocin sprays outside of a medical context is far murkier, however. The sprays sold online without a prescription promise stress relief and social ease, but they are not regulated by the Food and Drug Administration (FDA). That means that nothing is known about their efficacy, side effects, or even whether they contain any oxytocin.

There are no long-term studies on the side effects of the legitimate oxytocin sprays used in hormone research; most studies give people one dose of the hormone only. Pitocin, a synthetic version of oxytocin given intravenously to stimulate labor, has side effects that include nausea, vomiting and stomach pain.

Some  Interesting Effects of Oxytocin

Oxytocin the so-called “love hormone” is being increasingly shown to trigger a wide variety of physical and psychological effects in both women and men.

The hormone’s influence on our behavior and physiology originates in the brain, where it’s produced by the by a structure called the hypothalamus, and then transfers to the pituitary gland which releases into the bloodstream.. Like antennas picking up a signal, oxytocin receptors are found on cells throughout the body. Levels of the hormone tend to be higher during both stressful and socially bonding experiences, according to the American Psychological Association.

“It’s like a hormone of attachment, you might say,” said Carol Rinkleib Ellison, a clinical psychologist in private practice in Loomis, California and former assistant clinical psychiatry professor at the University of California, San Francisco. “It creates feelings of calm and closeness.”

A stream of studies in the last decade have focused on oxytocin’s effects on body and mind. Here’s a look at what we’ve learned.

Pregnant women with higher levels of oxytocin during their first trimester bonded more strongly with their babies after they were born, according to a 2007 study in the journal Psychological Science. And compared with other women, women with higher levels throughout their pregnancy and in the first month after birth reported engaging in more behaviors such as singing, feeding and bathing their infants in specific ways that promoted an exclusive relationship between the two, the study found.

Comparing urine levels of oxytocin and a related hormone called vasopressin in biological and adoptive children who lived in Russian and Romanian orphanages, researchers found that oxytocin rose in biological children after having contact with their mothers. The study, published in 2005 in the journal Proceedings of the National Academy of Sciences, showed that oxytocin levels remained static in the adoptive children in the same situation, suggesting a physiological basis for why some adoptive.

Research done on prairie voles showed that those separated from their siblings exhibited signs of anxiety, stress and depression that abated after they were injected with oxytocin. The study, presented at a 2007 meeting of the Society for Neuroscience, indicated the hormone’s effects were more evident under stressful situations.

A November study in the journal Proceedings of the National Academy of Sciences supported researchers’ theory that oxytocin would amplify men’s early memories of their mothers. In a group of 31 men, those who inhaled a synthetic version of the hormone found the hormone intensified fond memories of their mothers if their relationships had been positive. Those whose ties with their mom’s had frayed downgraded their opinions after inhaling oxytocin, the study showed.

In its best understood role, oxytocin is released in large amounts during labor, intensifying the uterine contractions that open the cervix and allow the baby to pass through the birth canal. Physicians have been using synthetic oxytocin, also known by its brand name Pitocin, to induce or augment labor since the early 1900s. After birth, the hormone continues to stimulate uterine contractions that discourage hemorrhaging, and more is released when the nipples are stimulated during suckling, promoting the letdown of milk into the nipples.

Spontaneous erections in rats were observed after oxytocin was injected into their cerebrospinal fluid in a 2001 study in the journal Physiological Review. And a cocktail of brain chemicals that includes oxytocin is released in men during ejaculation. These chemicals can intensify bonding between sexual partners , though, Ellison noted, “it isn’t the same for everyone.”

“I think there is a variability,” said Ellison, who also teaches sexuality classes to health professionals. “For people who can really get into the sensualness of hugging and cuddling, that is the hormone released in this process. For people who don’t get into it, maybe they’re not releasing the oxytocin. It may be a circular thing.”

A February study in the journal Proceedings of the National Academy of Sciences showed that inhaling oxytocin significantly improved the ability of people with autism to interact with others. Previous studies indicated natural oxytocin levels were lower in those with autism, a developmental disorder characterized by difficulties in communication and social relationships. Oxytocin also reduced autistic individuals’ fear of others, researchers said.

A June study in the journal Science suggested oxytocin triggers defensive aggression against outsiders who might threaten someone’s social group, such as in soldiers who defend their comrades. Prior animal studies had shown that the hormone promotes protectionist behavior, but this research was the first to demonstrate a similar effect in humans.

Oxytocin released in the brain under stress-free conditions naturally promotes sleep , according to a 2003 study in the journal Regulatory Peptides. Ellison said this link makes sense because oxytocin counters the effects of cortisol, which is the known as the stress hormone. “It has a calming effect,” she said. “It leaves you feeling tranquil and loving, and certainly that helps our path to sleep.”

The peripheral actions of oxytocin mainly reflect secretion from the pituitary gland. The behavioral effects of oxytocin are thought to reflect release from centrally projecting oxytocin neurons, different from those that project to the pituitary gland, or that are collaterals from them.Oxytocin receptors are expressed by neurons in many parts of the brain and spinal cord, including the amygdala, ventromedial hypothalamus, septum, nucleus accumbens, and brainstem.

In the prairie vole, oxytocin released into the brain of the female during sexual activity is important for forming a pair bond with her sexual partner. Vasopressin appears to have a similar effect in males.Oxytocin has a role in social behaviors in many species, so it likely also does in humans. In a 2003 study, both humans and dog oxytocin levels in the blood rose after five to 24 minutes of a petting session. This possibly plays a role in the emotional bonding between humans and dogs.

What Happens When Oxytocin is Released? Love Hormon