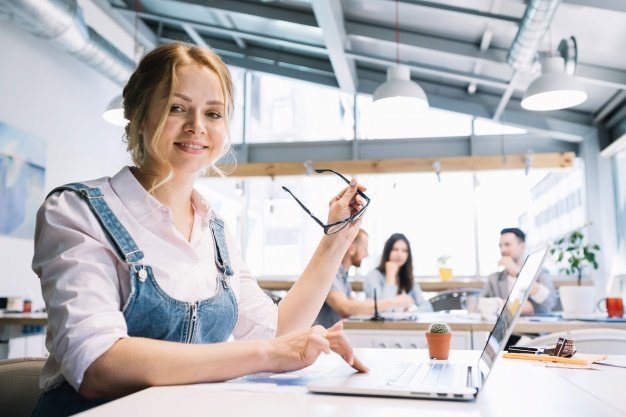 Obsessive-compulsive disorder (OCD) is an anxiety disorder in which people have unwanted and repeated thoughts, feelings, images, and sensations (obsessions) and engage in behaviors or mental acts in response to these thoughts or obsessions. Often the person carries out the behaviors to reduce the impact or get rid of the obsessive thoughts, but this only brings temporary relief. Not performing the obsessive rituals can cause great anxiety. A person’s level of OCD can be anywhere from mild to severe, but if left untreated, it can limit his or her ability to function at work or school or even to lead a comfortable existence at home or around others.

The cause of the obsessive-compulsive disorder is concerned with identifying the biological risk factors involved in the expression of obsessive-compulsive disorder (OCD) symptomology. The leading hypotheses propose the involvement of the orbitofrontal cortex, basal ganglia, and/or the limbic system, with discoveries being made in the fields of neuroanatomy, neurochemistry, neuroimmunology, neurogenetics, and neuroethology.

Most people with the obsessive-compulsive disorder have both obsessions and compulsions, but some people experience just one or the other.

Common obsessive thoughts in OCD include

Common compulsive behaviors in OCD include

Obsessive Compulsive Disorder is diagnosed when the Obsessions and Compulsions

Many compulsions are similar to body tics, and up to 40% of people with the obsessive-compulsive disorder have a tic disorder. Some examples of compulsion include:

Checking – the need to check is the compulsion, the obsessive fear might be to prevent damage, fire, leaks or harm. Common checking includes:

The checking is often carried out multiple times, sometimes hundreds of times, and for hours on end, resulting in the person being late for work, dates and other appointments.  This can have a serious impact on a person’s ability to hold down jobs and relationships.  The checking can also cause damage to objects that are constantly being checked.

Contamination – the need to clean and wash is the compulsion, the obsessive fear is that something is contaminated and/or  may cause illness, and ultimately death, to a loved one or oneself.

There are four DSM diagnostic criteria for obsessive–compulsive disorder

The fifth edition of the Diagnostic and Statistical Manual of Mental Disorders (DSM-5), a widely used manual for diagnosing mental disorders, defines obsessive–compulsive personality disorder (in Axis II Cluster C) as an extensive pattern of preoccupation with perfectionism, orderliness, and interpersonal and mental control, at the cost of efficiency, flexibility and openness. Symptoms must appear by early adulthood and in multiple contexts. At least four of the following should be present

Since the DSM-IV-TR was published in 2000, some studies have found fault with its OCPD coverage. A 2004 study challenged the usefulness of all but three of the criteria: perfectionism, rigidity and stubbornness, and miserliness. A study in 2007 found that OCPD is etiologically distinct from avoidant and dependent personality disorders, suggesting it is incorrectly categorized as a Cluster C disorder.

It is characterized by at least four of the following

Behavioral therapy and cognitive behavioral therapy are used to help people with obsessive–compulsive disorder. The therapy works by making people be in places where they have their obsessive thoughts. They are then made to not do their compulsion. Over time, the person becomes used to the place or things that causes them to have their obsessive thoughts. An example of this is someone who is afraid of dirt having dirt put on their hands without being able to wash it off.

The medicines that are usually used are called “selective serotonin reuptake inhibitors”, or SSRIs. These medicines work by stopping a chemical in the brain called serotonin from working. This causes the obsessive thoughts to happen less. In adults, SSRIs are used for people with moderate or severe issues. In children, SSRIs are used after or with therapy for people with severe issues.

If SSRIs do not work, it is possible for a doctor to give someone with obsessive–compulsive disorder anti-psychotic medicines. Doctors may use both medication and counseling for those with the disorder, and they find that this approach works best.

The medications most frequently used are the selective serotonin reuptake inhibitors (SSRIs). Clomipramine, a medication belonging to the class of tricyclic antidepressants, appears to work as well as SSRIs but has a higher rate of side effects.

SSRIs are a second line treatment of adult obsessive compulsive disorder (OCD) with mild functional impairment and as first line treatment for those with moderate or severe impairment. In children, SSRIs can be considered as a second line therapy in those with moderate-to-severe impairment, with close monitoring for psychiatric adverse effects. SSRIs are efficacious in the treatment of OCD; people treated with SSRIs are about twice as likely to respond to treatment as those treated with placebo. Efficacy has been demonstrated both in short-term (6–24 weeks) treatment trials and in discontinuation trials with durations of 28–52 weeks

Electroconvulsive therapy (ECT) – has been found to have effectiveness in some severe and refractory cases.

Surgery – may be used as a last resort in people who do not improve with other treatments. In this procedure, a surgical lesion is made in an area of the brain (the cingulate cortex). In one study, 30% of participants benefitted significantly from this procedure.

Deep-brain stimulation – and vagus nerve stimulation are possible surgical options that do not require destruction of brain tissue. In the United States, the Food and Drug Administration approved deep-brain stimulation for the treatment of OCD under a humanitarian device exemption requiring that the procedure is performed only in a hospital with specialist qualifications to do so.

In the United States, psychosurgery for OCD is a treatment of last resort and will not be performed until the person has failed several attempts at medication (at the full dosage) with augmentation, and many months of intensive cognitive–behavioral therapy with exposure and ritual/response prevention. Likewise, in the United Kingdom, psychosurgery cannot be performed unless a course of treatment from a suitably qualified cognitive–behavioral therapist has been carried out.

Therapy can be used to reduce the compulsions in children and young adults. Family involvement is very important in treating children. The family also gives the children positive reinforcement for children who do not follow their compulsive behaviors and find better ways to stop their obsessive thoughts.

In 2006, the National Institute of Clinical and Health Excellence (NICE) guidelines recommended antipsychotics for OCD that does not improve with SSRI treatment. For OCD the evidence for the atypical antipsychotic drugs risperidone is tentative with insufficient evidence for olanzapine. While quetiapine is no better than placebo with regard to primary outcomes, but small effects were found in terms of YBOCS score. The efficacy of quetiapine and olanzapine are limited by the insufficient number of studies.

A 2014 review article found two studies that indicated that aripiprazole was “effective in the short-term” and found that there was a small effect-size for risperidone or antipsychotics in general in the short-term”; however, the study authors found “no evidence for the effectiveness of quetiapine or olanzapine in comparison to placebo.

A guideline by the APA suggested that dextroamphetamine may be considered by itself after more well-supported treatments have been tried.