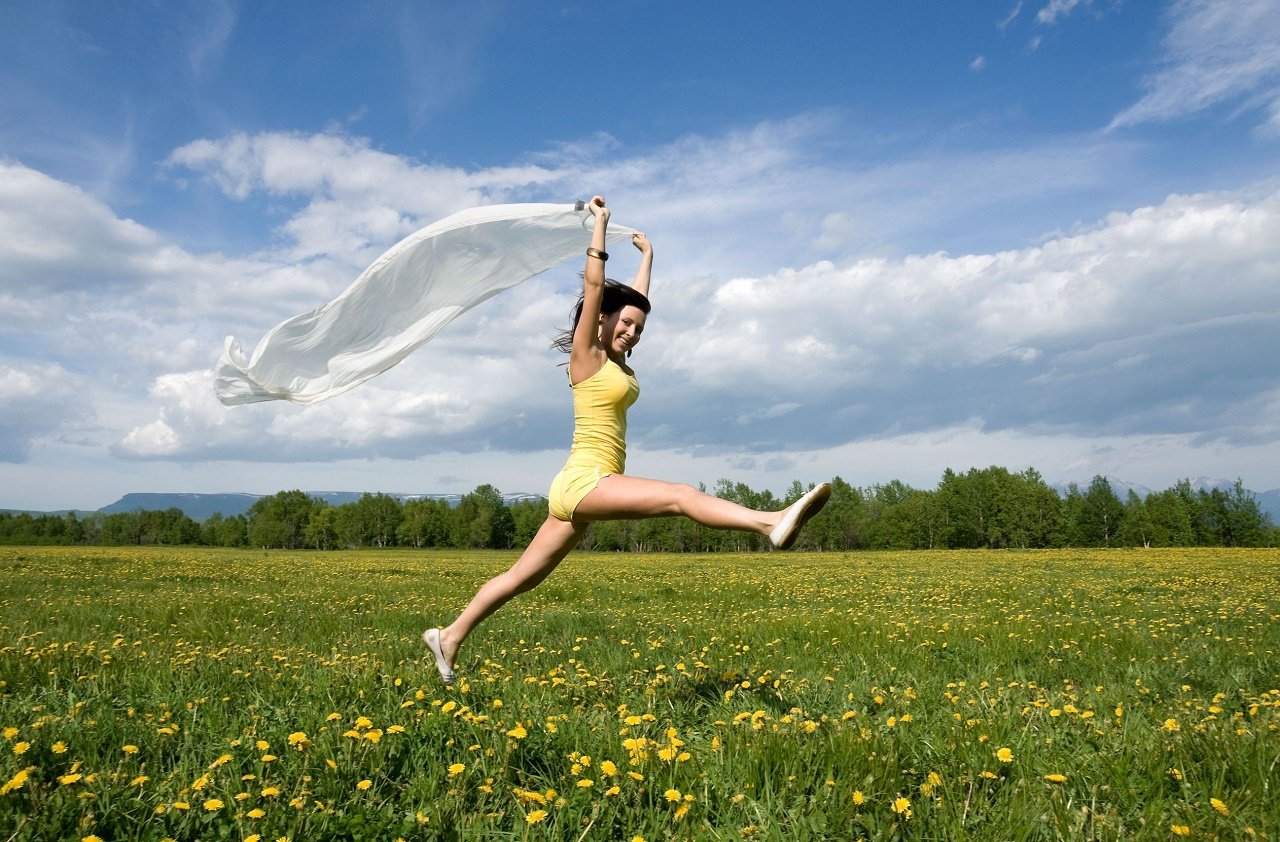 MND (Motor Neuron Disease) is any of several neurodegenerative disorders that selectively affect motor neurons, the cells that control voluntary muscles of the body. A group of related diseases of the nervous system that are characterized by steadily progressive deterioration of the motor neurons in the brain, brain stem, and spinal cord. Abbreviated MND. Motor neurons are the nerve cells along which the brain sends instructions, in the form of electrical impulses, to the muscles. The degeneration of motor neurons leads to weakness and wasting of muscles. MND usually first affects the arms or legs. Then shoulders and other muscles may be affected. Weakness and wasting in the muscles of the face and throat may cause problems with speech, chewing, and swallowing. MND does not affect touch, taste, sight, smell, or hearing, nor does it directly affect bladder, bowel, or sexual function.

What are the symptoms of motor neuron diseases/MND

A brief description of the symptoms of some of the more common MNDs follows.

It is also called Lou Gehrig’s disease or classical motor neuron disease, is a progressive, ultimately fatal disorder that disrupts signals to all voluntary muscles.  Many doctors use the terms motor neuron disease and ALS interchangeably.  Both upper and lower motor neurons are affected.  Symptoms are usually noticed first in the arms and hands, legs, or swallowing muscles.  Approximately 75 percent of people with classic ALS will develop weakness and wasting of the bulbar muscles (muscles that control speech, swallowing, and chewing).  Muscle weakness and atrophy occur on both sides of the body.  Affected individuals lose strength and the ability to move their arms and legs, and to hold the body upright.  Other symptoms include spasticity, spasms, muscle cramps, and fasciculations.  Speech can become slurred or nasal.  When muscles of the diaphragm and chest wall fail to function properly, individuals lose the ability to breathe without mechanical support.

also called progressive bulbar atrophy, involves the brain stem—the bulb-shaped region containing lower motor neurons needed for swallowing, speaking, chewing, and other functions.  Symptoms include pharyngeal muscle weakness (involved with swallowing), weak jaw and facial muscles, progressive loss of speech, and tongue muscle atrophy.  Limb weakness with both lower and upper motor neuron signs is almost always evident but less prominent.  Individuals are at increased risk of choking and aspiration pneumonia, which is caused by the passage of liquids and food through the vocal folds and into the lower airways and lungs.  Affected persons have outbursts of laughing or crying (called emotional lability).  Stroke and myasthenia gravis may have certain symptoms that are similar to those of progressive bulbar palsy and must be ruled out prior to diagnosing this disorder.

which shares many symptoms of progressive bulbar palsy, is characterized by degeneration of upper motor neurons that transmit signals to the lower motor neurons in the brain stem.  Affected individuals have progressive loss of the ability to speak, chew, and swallow.  Progressive weakness in facial muscles leads to an expressionless face.  Individuals may develop a gravelly voice and an increased gag reflex.  The tongue may become immobile and unable to protrude from the mouth.  Individuals may have outbursts of laughing or crying.

It affects the upper motor neurons of the arms, legs, and face.  It occurs when specific nerve cells in the motor regions of the cerebral cortex (the thin layer of cells covering the brain which is responsible for most high-level brain functions) gradually degenerate, causing the movements to be slow and effortful.  The disorder often affects the legs first, followed by the body trunk, arms and hands, and, finally, the bulbar muscles.  Speech may become slowed and slurred.  When affected, the legs and arms become stiff, clumsy, slow and weak, leading to an inability to walk or carry out tasks requiring fine hand coordination.  Difficulty with balance may lead to falls.  Speech may become slow and slurred.

It is marked by slow but progressive degeneration of only the lower motor neurons.  It largely affects men, with onset earlier than in other MNDs.  Weakness is typically seen first in the hands and then spreads into the lower body, where it can be severe.  Other symptoms may include muscle wasting, clumsy hand movements, fasciculations, and muscle cramps.  The trunk muscles and respiration may become affected.  Exposure to cold can worsen symptoms.  The disease develops into ALS in many instances.

It is evident by the time a child is 6 months old.  Symptoms may include hypotonia (severely reduced muscle tone), diminished limb movements, lack of tendon reflexes, fasciculations, tremors, swallowing and feeding difficulties, and impaired breathing.  Some children also develop scoliosis (curvature of the spine) or other skeletal abnormalities.  Affected children never sit or stand and the vast majority usually die of respiratory failure before the age of 2.  However, the survival in individuals with SMA type I has increased in recent years, in relation to the growing trend toward more proactive clinical care.

The intermediate form, usually begin between 6 and 18 months of age.  Children may be able to sit but are unable to stand or walk unaided, and may have respiratory difficulties.  The progression of disease is variable.  Life expectancy is reduced but some individuals live into adolescence or young adulthood.

appear between 2 and 17 years of age and include abnormal gait; difficulty running, climbing steps, or rising from a chair; and a fine tremor of the fingers.  The lower extremities are most often affected.  Complications include scoliosis and joint contractures—chronic shortening of muscles or tendons around joints, caused by abnormal muscle tone and weakness, which prevents the joints from moving freely.  Individuals with SMA type III may be prone to respiratory infections, but with care may have a normal lifespan.

(persistent contracture of joints with fixed abnormal posture of the limb) is a rare disorder.  Manifestations include severe contractures, scoliosis, chest deformity, respiratory problems, unusually small jaws, and drooping of the upper eyelids.

It is an X-linked recessive disease caused by mutations in the gene for the androgen receptor.  Daughters of individuals with Kennedy’s disease are carriers and have a 50 percent chance of having a son affected with the disease.  The onset of symptoms is variable and the disease may first be recognized between 15 and 60 years of age.  Symptoms include weakness and atrophy of the facial, jaw, and tongue muscles, leading to problems with chewing, swallowing, and changes in speech.  Early symptoms may include muscle pain and fatigue.  Weakness in arm and leg muscles closest to the trunk of the body develops over time, with muscle atrophy and fasciculations.

It is a condition that can strike polio survivors decades after their recovery from poliomyelitis.  Polio is an acute viral disease that destroys motor neurons.  Many people who are affected early in life recover and develop new symptoms many decades later.  After acute polio, the surviving motor neurons expand the amount of muscle that each controls.  PPS and Post-Polio Muscular Atrophy (PPMA) are thought to occur when the surviving motor neurons are lost in the aging process or through injury or illness.  Many scientists believe PPS is latent weakness among muscles previously affected by poliomyelitis and not a new MND.

You may have some or all of the symptoms listed below

Avobe all MND can be divided into three stages, early, middle, and advanced.

Symptoms develop slowly and can be confused with symptoms of some other unrelated neurological conditions.

Eventually, the patient will be unable to move, eat, or breathe without assistance. Without supportive care, an individual will pass away. Despite the best of care currently available, complications of the respiratory system are the most common causes of death.

Management of the condition will require input from a multi-disciplinary group of health professionals that may include:

Muscle cramps and stiffness can be treated with physical therapy and medications, such botulinum toxin (BTA) injections. BTA blocks the signals from the brain to the stiff muscles for about 3 months.

Baclofen, a muscle relaxer, may reduce muscle stiffness. A small pump is surgically implanted outside the body and connected to the space around the spinal cord. A regular dose of baclofen is delivered into the nervous system.

Baclofen blocks some of the nerve signals that cause spasticity. It may help with extreme yawning.

Scopolamine, a drug for motion sickness, may help control symptoms of drooling. It is worn as a patch behind the ear.

Patients with speech and communication difficulties may learn some useful techniques with a qualified speech and language therapist. As the disease advances, patients often need some communication aids.

Physical and occupational therapy can help maintain mobility and function, and reduce stress.

As eating and drinking become harder, the patient may need a percutaneous endoscopic gastrostomy (PEG), a feeding tube that is placed on the abdomen, a relatively minor procedure.

A non-steroidal anti-inflammatory drug (NSAID), such as ibuprofen, will help with mild to moderate pain from muscle cramping as spasms. Drugs such as morphine can help relieve severe joint and muscle pain in the advanced stages.

Mechanical ventilation can help with breathing. A machine takes in air, filters it, and pumps it into the lungs often through a tracheostomy, a surgical hole in the neck that allows for assisted breathing.

Some people use complementary therapies, including special diets that are high in vitamins. These will not cure MND, but following a healthful diet can improve overall health and wellbeing.

Stem cell research and gene therapy have shown promise for treating ALS in the future, but more studies are needed.