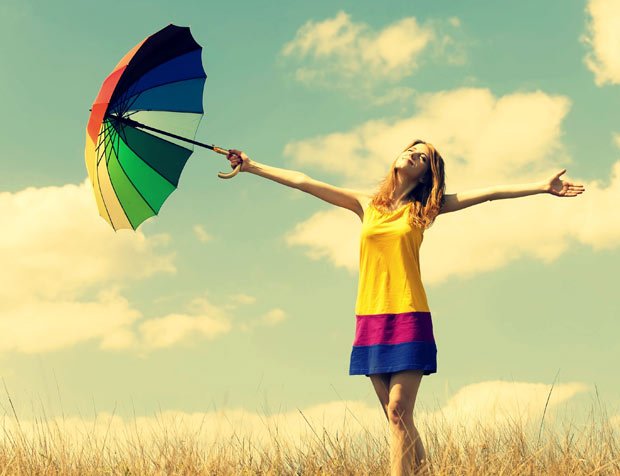 Irritable bowel syndrome (IBS) is a group of symptoms including abdominal pain and changes in the pattern of bowel movements without any evidence of underlying damage. These symptoms occur over a long time, often years. It has been classified into four main types depending on whether diarrhea is common, constipation is common, both are common, or neither occurs very often (IBS-D, IBS-C, IBS-M, or IBS-U respectively). IBS negatively affects quality of life and may result in missed school or work. Disorders such as anxiety, major depression, and chronic fatigue syndrome are common among people with IBS.

Irritable bowel syndrome (IBS) is an often misunderstood and underdiagnosed condition that affects about 15.3 million people in the United States.

No one remedy works for all patients, so there’s a great medical need to develop new therapies for IBS, says Tara Altepeter, M.D., a gastroenterologist with the U.S. Food and Drug Administration (FDA). That’s why the FDA is working to bring more treatments to the market.

“There’s a lot of new research about the role of carbohydrates, and specifically a nutrient called polyols, in triggering irritable bowel syndrome in some patients,” Altepeter says. “In addition, researchers are more closely examining the role of dietary modification as a treatment for patients with IBS.”

IBS is a gastrointestinal disorder that affects the large intestine (colon) but doesn’t cause inflammation or permanent damage. Common symptoms of IBS include abdominal pain, bloating, cramping, excessive gas, mucous in the stool, and alterations in bowel habits (constipation and/or diarrhea).

The symptoms may come and go, and can change in the same patient. Sometimes the pain from IBS can be so severe that it’s disabling and patients can’t do routine things. Doctors don’t know what causes IBS, and there is no known cure.

Studies estimate that as many as 20% of Americans suffer from IBS. Many people may not know they have this gastrointestinal disorder. They might have occasional diarrhea and constipation and think it’s caused by something they ate or a virus, so they don’t see a doctor to get a proper diagnosis. When they do, doctors must first rule out that the symptoms aren’t caused by a disease or another condition.

“There are many conditions that have a female or male predominance, but we don’t understand why women have a higher prevalence of IBS,” Altepeter says.

IBS is most common among people younger than 45, and patients usually first experience symptoms when they’re in their late 20s. People who have a family history of IBS are also more likely to develop the condition.

Depression, anxiety and other psychological problems are common in people with IBS.

There are 3 main types of irritable bowel syndrome

IBS-D stands for irritable bowel syndrome with diarrhea. The most common symptoms of IBS-D include:

People with IBS-D also may experience signs and symptoms of

IBS-C stands for irritable bowel syndrome with constipation. The most common symptoms of IBS-C include

3. IIBS with alternating stool pattern (IBS-A) – the patient experiences both constipation and diarrhea.

These assessments can be used to identify the IBS subtype :[Rx]

The exact cause of IBS is unknown, but experts think that several factors may be involved. These include:

IBS is not caused by blood or biochemical disorder.

Manifestations of IBS are as follows

Altered bowel habits in IBS may have the following characteristics

Additional symptoms consistent with irritable bowel syndrome are as follows:

Symptoms not consistent with irritable bowel syndrome should alert the clinician to the possibility of organic pathology. Inconsistent symptoms include the following

Other symptoms which sometimes occur – include

Many people fall somewhere in between, with flare-ups of symptoms from time to time. Some doctors group people with IBS into one of three categories:

Treatments for IBS vary from patient to patient and include changes in diet, nutrition, and exercise. Some patients require medications to manage their symptoms. Currently, there are no medications that cure IBS.

Pharmacologic agents used for the management of symptoms in IBS include the following:

“IBS is not like other chronic conditions, such as hypertension, which is constant. IBS is a variable condition. Even without treatment, the problem might go away in some patients. But the symptoms might return after a few months,” Altepeter says.

No one medication works for all people suffering from IBS.

The Rome IV criteria include recurrent abdominal pain, on average, at least 1 day/week in the last 3 months, associated with two or more of the following criteria

Investigations are performed to exclude other conditions:

Bile acid malabsorption is also sometimes missed in patients with diarrhea-predominant IBS. SeHCAT tests suggest around 30% of D-IBS patients have this condition, and most respond to bile acid sequestrants.

Chronic use of certain sedative-hypnotic drugs, especially the benzodiazepines, may cause irritable bowel-like symptoms that can lead to a misdiagnosis of irritable bowel syndrome.

“Drugs are a last option. Patients should try dietary modifications, relaxation techniques, and other lifestyle changes, such as exercise, before resorting to medication,” Altepeter says.

Certain foods and drinks can trigger IBS symptoms in some patients. The most common are foods rich in carbohydrates, spicy or fatty foods, milk products, coffee, alcohol, and caffeine.

It’s difficult to diagnose IBS in children because its symptoms are so common, and may be seen in a variety of conditions. Young children may not verbalize their symptoms in the same way that teenagers or adults can. The National Digestive Diseases Information Clearinghouse (NDDIC) reports that one study of children in North America found that girls and boys are equally prone to having IBS. The study also found that as many as 14% of high school students and 6% of middle school students have IBS.

Diagnosing IBS in young children remains a challenge, as does its treatment. FDA has not approved any drugs for treating IBS symptoms in children.

Current national guidelines about IBS include the following points about diet, which may help to minimize symptoms:

The advice about fiber in treating IBS has changed somewhat over the years. Fiber (roughage – and other bulking agents) is the part of the food which is not absorbed into the body. It remains in your gut and is a main part of stools. There is a lot of fiber in fruit, vegetables, cereals, wholemeal bread, etc. Some research studies have shown that a high-fiber diet helps symptoms in IBS; others have shown the opposite. In some people, perhaps particularly those with constipation, a high-fiber diet definitely helps. In others, often those with diarrhea, a high-fiber diet makes symptoms worse. If you keep a symptom diary, you can work out which is true for you. Then you can adjust your fiber intake accordingly.

Guidance on optimising the use of specific therapies.

All other treatments included in the table are not currently approved by the EMA for the management of IBS.

Recently, it has been discovered that a low-FODMAP diet may help some people with IBS.

FODMAP stands for Fermentable Oligosaccharides, Disaccharides, Monosaccharides, and Polyols. These are a group of carbohydrates found within foods, which may make IBS symptoms worse. Examples of foods to avoid in a low-FODMAP diet include:

If you wish to try a low-FODMAP diet, you should discuss this with a dietician. It is difficult to cut down on so many foods and keep eating a healthy diet without specialist advice. Your GP can arrange a referral to a dietician, and they can help you eat the right things.

The foods that are most commonly reported to cause IBS symptoms in the UK are:

Constipation is sometimes a main symptom of irritable bowel syndrome (IBS). If so, it may help if you increase your fibre as discussed earlier (that is, with soluble fiber such as ispaghula). Sometimes laxatives are advised for short periods if the increasing fiber is not enough to ease a troublesome bout of constipation. It is best to avoid lactulose if you suffer from IBS.

A new medicine called linaclotide has been approved for people who have constipation as a main symptom of IBS. It works in a completely different way to other medicines for treating constipation. It is taken once a day and has been shown to reduce pain, bloating and constipation symptoms.

Other types of treatment

The relationship between the mind, brain, nervous impulses, and overactivity of internal organs such as the gut is complex. Psychological treatments are mainly considered in people with moderate-to-severe IBS:

The National Institute of Health and Care Excellence (NICE) recommends that cognitive behavioural therapy (CBT), hypnotherapy or psychological therapy should be considered when your symptoms have not improved with medication after one year. However, some of these treatments may not be available on the NHS in your area, or there may be long waiting lists. There is also not so much evidence about how well they work as there is for some other treatment options.

Foods Should You Avoid If You Have Irritable Bowel Syndrome

Whether you have IBS-D or IBS-C, there are foods to avoid that may trigger symptoms.

Certain foods may worsen bloating and gassiness. Foods to avoid include cruciferous vegetables and legumes, such as:

Legumes also may worsen gassiness and bloating, for example:

Some foods may trigger symptoms of abdominal cramps and diarrhea, including:

In addition to dietary changes, there are some healthy habits that may also help reduce IBS symptoms.