In this article, we will be discussing in detail the common gynecological problems in females.

What are the Common Gynecological Problems in Females?

Inflammation in the vagina, which is commonly seen in women of reproductive age is known as vaginitis.

When a woman experiences pain during her menstrual cycles, the condition is known as dysmenorrhoea.

The cause of primary dysmenorrhoea is:

It is one of the most common gynecological problems faced by women of all age groups. This condition normally occurs when the bacteria that are present in the vagina or anus (from where the stools are passed out), move up to the urethra (duct from where the urine is passed from the bladder to outside the body) and bladder (where the urine is stored), and sometimes even the kidneys.

These are muscular, mostly non-cancerous tumors that can form in the uterus of a woman. They usually vary in size, shape, and location.

This condition occurs when the tissue that is normally lining the uterus, grows outside the uterus.

This is a sexually transmitted disease (STD) that is characterized by blister and sore formations. It is a type of viral infection.

This condition affects the upper genital tracts of a woman’s body, including the uterus, fallopian tubes, pelvic peritoneum (a membrane lining the pelvic cavity), and other surrounding structures.

Pain during sex may occur due to structural problems in the female body or due to psychological reasons.

Ovarian cysts are fluid-filled pouches or sacs present in the ovaries. They are very common and affect women of any age group.

Uterine fibroids are noncancerous growths of the uterus. They can occur at any age but are most common in women aged 30-40 years and occur more often in African American women. The main types of uterine fibroids include:

Symptoms of uterine fibroids include:

Pelvic organ prolapse (POP) occurs when the connective tissues and ligaments in place to support the vagina, bladder, rectum and uterus become damaged or weakened. This causes the pelvic organs to sink down or fall out of place.

Symptoms of pelvic prolapse include:

Urinary incontinence occurs when the ability to control the release of urine is lost and is common in women age 35 and older. Though the condition is prevalent, there is a wide range of treatment options available, and it shouldn’t be accepted as normal.

There are three types of urinary incontinence:

What are the various diagnostic tests for gynecological screening?

How to prevent the Common Gynecological Disorders in Females?

Common gynecological disorders can be prevented by:

What Is Vaginismus? – Causes, Symptoms, Treatment 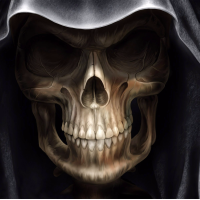