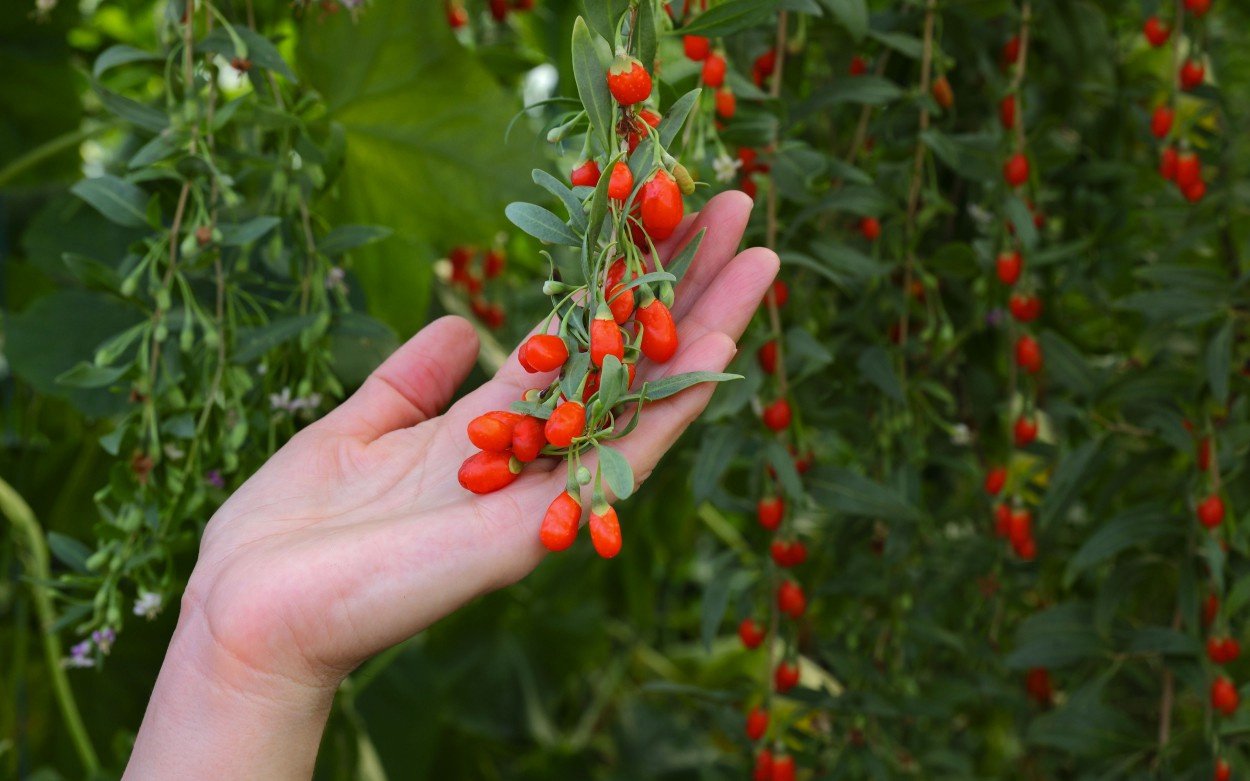 Goji berry/wolfberry is the fruit of either Lycium barbarum or Lycium chinense, two closely related species of boxthorn in the nightshade family, Solanaceae.[1]Both species are native to Asia and have been long used in traditional Asian cuisine. The fruits are similar but can be distinguished by small but significant differences in taste, sugar content, and content of the amino acid betaine.[2]

Goji is not only used as food and medicine in China, but also in Asian countries such as Korea, Japan, and Vietnam. The whole plant, including the berries, leaves, roots, and root bark, has been used for medicinal purposes. In traditional medicine, goji berries were used to cure liver diseases, infertility, abdominal pain, dry cough, fatigue, and headaches. It was considered to be a tonic that increased longevity.[3]