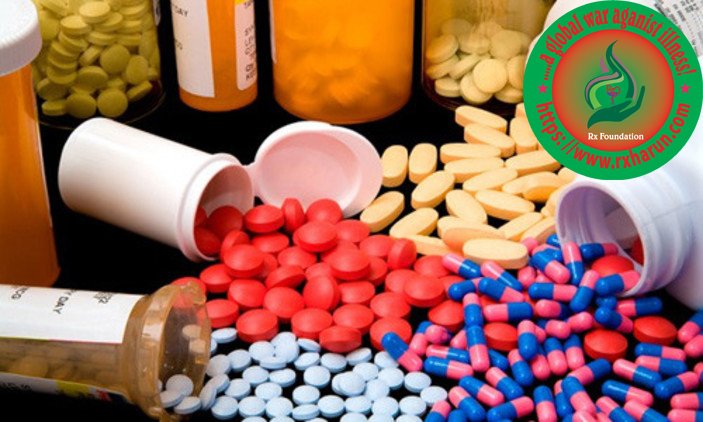 Escitalopram is the active S-stereoisomer of the selective serotonin reuptake inhibitor (SSRI) citalopram with an antidepressant, anti-obsessive-compulsive and antibulimic properties. Escitalopram inhibits the reuptake of the neurotransmitter serotonin (5-HT) at the serotonin reuptake pump of the neuronal membrane of the presynaptic cell, thereby increasing levels of 5-HT within the synaptic cleft and enhancing the actions of serotonin on 5HT1A autoreceptors. Unlike other SSRIs, escitalopram appears to not only bind to a primary high-affinity site on the serotonin transporter protein but also to a secondary lower-affinity allosteric site that is considered to stabilize and prolong drug binding.

Escitalopram is an antidepressant which belongs to the ‘SSRI’ group (selective serotonin reuptake inhibitors). These medicines act on the serotonin system in the brain by increasing the serotonin level. Disturbances in the serotonin-system are considered an important factor in the development of depression

Mechanism of Action of Escitalopram

The antidepressant, antiobsessive-compulsive, and antibulimic actions of escitalopram are presumed to be linked to its inhibition of CNS neuronal uptake of serotonin. Escitalopram blocks the reuptake of serotonin at the serotonin reuptake pump of the neuronal membrane, enhancing the actions of serotonin on 5HT1A autoreceptors. SSRIs bind with significantly less affinity to histamine, acetylcholine, and norepinephrine receptors than tricyclic antidepressant drugs. Escitalopram has no significant affinity for adrenergic (alpha1, alpha2, beta), cholinergic, GABA, dopaminergic, histaminergic, serotonergic (5HT1A, 5HT1B, 5HT2), or benzodiazepine receptors; antagonism of such receptors has been hypothesized to be associated with various anticholinergic, sedative, and cardiovascular effects for other psychotropic drugs. The chronic administration of escitalopram was found to downregulate brain norepinephrine receptors, as has been observed with other drugs effective in the treatment of the major depressive disorder. Escitalopram does not inhibit monoamine oxidase.

Side Effects of Escitalopram

Escitalopram may interact with following drugs, supplements & may change the efficacy of drugs

This medication may interfere with certain medical/laboratory tests (including a brain scan for Parkinson’s disease), possibly causing false test results. Make sure laboratory personnel and all your doctors know you use this drug.

If you are pregnant or breast-feeding, think you may be pregnant or are planning to have a baby, ask your doctor or pharmacist for advice before taking this medicine.

Make sure your midwife and/or doctor know you are on Escitalopram. When taken during pregnancy, particularly in the last 3 months of pregnancy, medicines like Escitalopram may increase the risk of a serious condition in babies, called persistent pulmonary hypertension of the new born (PPHN), making the baby breathe faster and appear bluish. These symptoms usually begin during the first 24 hours after the baby is born. If this happens to your baby you should contact your midwife and/or doctor immediately.

If you take Escitalopram during the last 3 months of your pregnancy you should be aware that the following effects may be seen in your newborn baby: trouble with breathing, blue-ish skin, fits, body temperature changes, feeding difficulties, vomiting, low blood sugar, stiff or floppy muscles, vivid reflexes, tremor, jitteriness, irritability, lethargy, constant crying, sleepiness and sleeping difficulties. If your newborn baby has any of these symptoms, please contact your doctor immediately.

Do not take Escitalopram if you are breastfeeding unless you and your doctor have discussed the risks and benefits involved.

Pregnant or breastfeeding women should take it only if the drug’s potential benefits outweigh its risks. It is safe for adults and for adolescents/teens 12 to 17 years old. Children younger than 12 should not take.